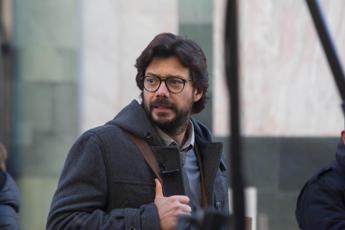 ‘La Casa di Carta 5’, here is the last season. When does it come out? Netflix announces the release date of the fifth and final season of the series. The epilogue will be divided into 2 parts, consisting of five episodes each: the first will be available from 3 September and the second from 3 December 2021, in all countries where the service is active. ” When we started writing Part 5, in the middle of the pandemic – said Álex Pina, the creator of the series – we understood that we had to overturn the expectations of the classic format of ten episodes and we used all the tools at our disposal. to create the feeling of a season finale or series finale already in the volume. ” ” We chose to use an extremely aggressive approach, which would put the gang on the spot – continues Pina – In volume 2 we focus more on the emotional situation of the characters. It’s a journey through their sentimental map that connects us directly to where they started from. ” The gang has been locked up in the Bank of Spain for over 100 hours. They managed to save Lisbon, but the darkest moment comes after losing one of their own. The professor was captured by Sierra and, for the first time, he has no escape plan. Just when it seems like nothing can get any worse, a far more powerful enemy enters the scene than any we’ve faced so far: the army. The end of the biggest heist in history is approaching and what began as a robbery will turn into a war.