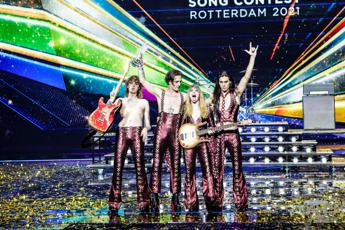 “Thinking about the Måneskin and being a Roman, I imagine Rome as the riverbed city of this event. But one of Rai’s great privileges is the deep cooperation that exists with the various Italian cities. In the end, in a rigorous manner, we will have to choose the plant television that can best incorporate the complexity of a show like this “. The director of Rai1, Stefano Coletta, said in an interview with ‘Corriere della Sera’ about the 2022 edition of the Eurovision Song Contest which, after the victory of the Maneskin, will be hosted by Italy and for which self-nominations have been flooding since yesterday: from Turin to Sanremo, from Bologna to Pesaro, including Milan of course. Speaking of the theories according to which those who, even in Rai, consider the organization of the event a big problem, organizational but also economic, Coletta replies: “Obviously I have read them too but, on the contrary, I think that reporting Eurovision in our country after 31 years it will be an opportunity to show Rai’s great ability to drive such a complicated and articulated car “. “It is clear – he adds – that in order to achieve quality you need to use resources. But I believe that the opportunity is so tempting that a way will be found to put on a high-level show”. As for the organizational timing and operational decisions, the director of Rai1 underlines: “Between May and June Sanremo is set up, immediately afterwards we will switch to Eurovision”. Including the decision on running it: “I already have a couple of ideas in mind as to who could lead it,” says Coletta. While the network and social networks are already teeming with hypotheses: from the newly arrived Alessandro Cattelan (since September in force at Rai1) to the pairing Andrea Delogu – Ema Stockolma.