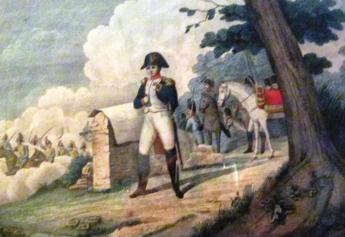 “” I am convinced, my ancestor would never have entered the legend without his death in Sant’Elena. Its existence was like a meteorite. The island on the Atlantic Ocean was his tomb, but at the same time it rocked its myth and epic “. This is what Jean Christophe, prince Napoléon, said in an interview with the French weekly ‘Point de vue’. descendant from Jérome brother of the French emperor, remembering his illustrious ancestor, in the celebrations of the 200th anniversary of his death. the history of France, a moment of national pride, especially today in this very difficult period. Undoubtedly the emperor made mistakes, no one wants to deny or justify them – he continued – but perhaps we should try to understand the historical moment, the era in which the emperor lived, so different from ours. It is difficult, if not impossible – added Jean – Christophe Napoléon – to judge a person who lived two centuries ago in the light of the principles and ideals of the XXI “With regard to the reintroduction of slavery and the wars that have caused millions of deaths, Jean – Christophe Napoléon added: “the emperor himself acknowledged his mistakes in St. Helena and in 1805 he enabled the slave trade, regarding the conflicts that inflamed the old continent – recalled the descendant of the emperor – let’s not forget that until 1810 it was a question of wars in defense of the borders and of France against foreign coalitions worried about the propagation of the ideas of the French Revolution “. In the course of the long interview he recalled again how his illustrious ancestor” laid the foundations for the creation of democracy in the country, of a contemporary France by creating the prefectures, the Chamber of Commerce, the Bank of France, working on the code c civil and criminal law, establishing schools and high schools … erecting the Arc de triomphe, the Vendome column and even, for the first time, inserting the house number in the streets “.

1 thought on “Napoleon, the descendant: “He would not have entered the legend if he had not died in Sant’Elena””