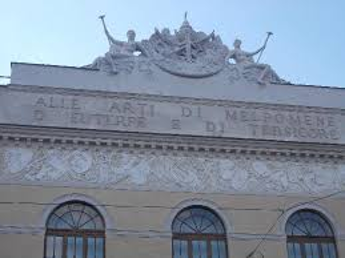 “All those who love the theater cannot help but suffer from the situation in which the Argentina Theater has fallen and can only be hopeful that this situation will be resolved, that there will be a pacification, a reassurance of a reality that has become too gangrenous. “. This is what Luca De Fusco, director and man of the theater, ‘papabile’ artistic director of the Theater of Rome underlines to AdnKronos – after the experience at the Mercadante theater in Naples, who manages the theaters Argentina, India and Torlonia in the capital. also using the lever of humor he proposes: “I would bring everyone not an excellent Neapolitan coffee but a good chamomile, it seems more appropriate in this case …”. For De Fusco – who says he is “ready to collaborate with the current president Bevilacqua” – “too many conflicts have arisen, which by rolling up their sleeves and putting themselves around a table would certainly find a solution. From this point of view, beyond the my requirements or not, I believe that my twenty years of activity as a public theater director and ten years at the Mercadante in Naples without even an hour of union protest, have shown that, if I have a talent, it is to be a good mediator and a good peacemaker “. So, De Fusco continues,” if I can be useful to this pacification, I will be happy: the important thing is that peace returns to the life of the Theater of Rome. It would be serious for the capital city. of Italy if the Argentine theater did not live its business with strength and serenity “. And, in this sense, he says he is” absolutely ready to collaborate with President Bevilacqua, whom I have known for at least thirty years and who I am sure is animated by the s the same desire that the serene return to the Teatro di Roma, for whose situation which, I repeat, has become too gangrenous, is the first to be sorry. There would be no personal problem between us “. As for the artistic proposal,” a balance must be restored between experimentation and defense of classical theater, both cultural needs that are perfectly right. Balance and plurality seem to me to be the two most important factors now, even if it would be premature to talk about them now if not in purely general terms “. (By Enzo Bonaiuto)

1 thought on “De Fusco: “Gangrenous situation at the Theater of Rome””