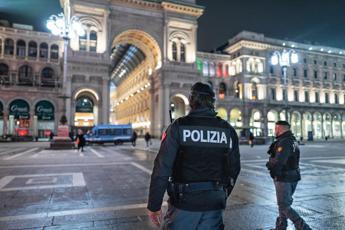 “The Gemitaiz controversy is not completely groundless, it is not far-fetched if you think that the police, when it comes to intervening during small demonstrations or, for example, on migrants certainly do not spare …” Rapper Alessio Mariani, aka Murubutu, comments to AdnKronos the strong criticism by the rapper Gemitaiz against the police forces accused of “sucking” and “not having the balls” for not intervening in Piazza Duomo in Milan to avoid the gathering of Inter fans who were celebrating winning the Scudetto. Words that have raised the protests of the police unions. “In the rap scene, a controversy against the police generally attracts almost general approval – observes Murubutu – But this does not mean that the criticisms are unfounded. Having said that, however – adds the rapper – the demonstration was banned and it was right. intervene, given that many people went hungry because they could not work in their sectors due to the anti-Covid measures “. Or,” if it really could not be avoided, given the strong desire of the fans to party, it had to be organized in a different, by imposing pads and masks “. In this sense, “Gemitaiz’s criticism should perhaps be directed more at the institutions that have decided not to intervene, the police headquarters or the prefecture have more responsibility than the individual ‘cops’ who merely respond to the orders they receive”. ( by Enzo Bonaiuto)

Elza Soares died, the queen of samba was 91 years old