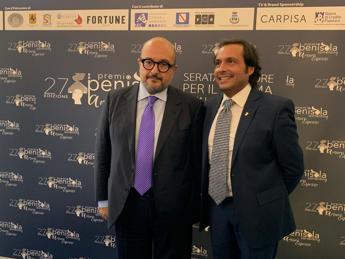 “Discontinuity in the Mic, compared to the previous management? I strongly believe in the fact that the State should have its own continuity in the acts, but certainly we will give our own specific direction, which derives from our being, from our cultural reach and not least from the our government program: implementing it is the first mission for which citizens have given us their consent “. This is what the Minister of Culture Gennaro Sangiuliano affirms, responding to AdnKronos, in Sorrento on the occasion of the “Sorrentine Peninsula Award”, to which he intervenes after an informal confidential meeting with the mayors of the Amalfi and Sorrento coasts, the day following his visit to Naples at the house of Benedetto Croce and at the Institute of Historical Studies. “As a journalist at Rai, as director of Tg2, twice a day at 1pm and 8.30pm the news had to go on the air – recalls Sangiuliano – As Minister of Culture, I will try to make a commitment to concrete acts and every day I will try to do one thing, to carry out a commitment “. After all, underlines the new owner of the Mic,” culture is our oxygen and Italy is the first cultural superpower on the planet. Now, however, we must make this immense heritage that must not only be preserved, even if this remains the first mission, but must also be enhanced, made accessible, promoted to become an attraction for the rest of the world “. (by Enzo Bonaiuto)