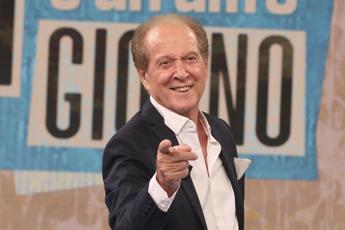 “They are slaughtering me on social media” for “a lucky pack on the ass”. Memo Remigi, in La Zanzara, thus answered questions about the episode that led to his dismissal of the Today is another day program. The 84-year-old singer palpated Jessica Morlacchi on air last week during the broadcast. Yesterday, the RAI provision was triggered: “They were 5 days without giving me any news, then they announced it live without even going into the matter”, the words of Remigi. “A video has been published in which you see a packet on the ass, as if to say a sign of ‘good luck’ on the broadcast as we had done other times. It is one thing to touch, another is a lucky charm”, she added. . “Had I already given this packet? Yes, but not in transmission: outside, before, during rehearsals … There is a relationship of cordial friendship, sympathy, goliards”. “I can’t contact” Jessica Morlacchi, “maybe she was disappointed with the measure they took. They are massacring me on social media” Morlacchi should say “that we have always joked like this and always put the report on student spirit: write something to say that Memo is not a lustful old man. ” Morlacchi today wrote a long post on Instagram calling Remigi’s gesture “unacceptable”.