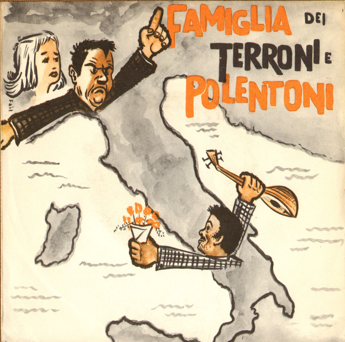 Small (or large) prejudices do not grow, on the contrary they fade away even if not to the point of disappearing completely … and perhaps this is right. The ‘Italy Report’ drawn up by Eurispes dedicates a chapter to the persistence or otherwise of stereotypes between North and South, between North and South, noting that fewer and fewer Italians are making a distinction between the working skills of a Milanese or a Venetian with respect to those of a Roman or a Neapolitan, even if the northerners are recognized a greater dose of civic sense, compensated by the virtues assigned to the southerners of being more open and more hospitable. After the ‘clichés’ remain and from a certain point of view they work and are appreciated by the public and in the world of entertainment, especially cinema and television: films, gags, jokes, characters, plots very often have fun in contrasting the North in the South, Rome to Milan. It has always been valid, from the soldiers of Vittorio Gassman and Alberto Sordi in the ‘Great War’ to Totò and Peppino in Milan, to ‘Benvenuti al Sud’ and its sequel ‘Benvenuti al Nord’. “This is undeniable, but the important thing is that all this is not done with racist intent but with intelligence and also a good dose of self-irony”, agree the actors heard by AdnKronos: the northern Enrico Bertolino, the Roman Massimo Ghini and the southern Lino Banfi. “In the world of entertainment, the contrast between North and South or between Milan and Rome works because it makes everything very funny, as reality is specially deformed and amplified to create stereotypes. But be careful not to transform the scene. virtual in real life: because ‘luogocomunismo’ – or the taking root of clichés – has done more damage than communism … “, affirms Enrico Bertolino, between serious and amused, starring with Max Tortora of ‘Piloti’, the sit -com where he played the upright and fussy Milanese plane pilot in comparison with the indifferent Roman colleague. “The parody has always worked, in the world of variety where cynicism, mockery, hyperbole, exaggeration. Comedy is often the daughter of paradox – Bertolino begins – When, on the other hand, from the ‘theatrical game’ we move on to real relationships between people and populations, then the discourse becomes serious and does not admit any evident or veiled form of racism, which then translates always in rejection and intolerance. With the right tone you can say everything, with the wrong tone, even the right thing becomes wrong “. Sometimes it is even victims:” When I found myself for the first time staying five days a week in Naples to shoot the episodes of ‘Convenscion’ for Rai, I had arrived almost by falling into the figure of the detached northerner, who gives little confidence because he has little confidence, in a taxi as in a restaurant. Then, however, after a while I discovered the cheerfulness and the innate fun of the Neapolitans; live the differences! “. Massimo Ghini, Roman, of Emilian and Tuscan origin, is geographically positioned almost from a ‘neutral’ point of view between North and South, often also called upon to interpret Neapolitan or Sicilian characters.” The jokes, especially the comic ones. , are useful to bring out those characteristics that are in some ways also authentic that make the diversity and at the same time the richness of our country, where a Roman is not a Milanese, a Tuscan is not a Neapolitan, a Sicilian is not a Venetian “. “Geography and climate also influence the character of a people since, to come out of Italy, a German with is like a Spaniard, a Greek is not like an Englishman … Even within our geographical areas: in the north the Emilian is somehow in its immense Po Valley different from those who live in the Alps, a Neapolitan or an Apulian or a Sicilian is different from those who live in the Calabrian or Sardinian mountains … Different, not better or worse of course body”. Differences in our country exist, geographical and climatic but above all historical; and these also translate into character differences, always speaking in general and not individually, because then everyone has his own singular and inimitable personality. The important thing – underlines Ghini – is that every gag, every joke, every comic situation, is represented and interpreted not with racist malice but as a pleasant entertainment and above all a great dose of irony and even better self-irony, in taking and taking in tour “.” I lived in Milan when I was young and I remember how many people called us ‘jungle’ to us southerners. Today all this, fortunately, no longer exists and certain stupid barriers no longer exist, fortunately they have been demolished – observes Lino Banfi, a recognized icon of the Apulian-type – There was a lot of poverty then and those who emigrated from the South to the North read a Milan or Turin signs specifying that no southern houses were rented. We often had to adapt with the so-called art of getting by “. To reinforce the concept, Banfi tells” an anecdote that still amuses me: in the Milanese butchers there was the habit of leaving the lungs in a basket for cats, free of charge, with the inscription ‘pulmun per gatt’ and I, 17, had learned to pronounce the phrase in Milanese, I took the lungs, mixed them with other entrails, tomatoes and chilli and as a good Apulian I made the ‘strong soup’ and ate them “Until, continues Banfi,” one day someone spied on the butcher and when I went to ask him ‘pulmun per gatt’ he in front of the full basket replied ‘Ghe more: go to work, terun!’. At that point, I unleashed my entire repertoire of Apulian swear words and let it out … “A bit like Nino Manfredi in the film in which, as an emigrant to Germany, he endures everything but in the end screams with joy against the Germans at the victory of the Azzurri in the world cup of the legendary Italy-Germany 4-3. (by Enzo Bonaiuto)

1 thought on “North-South actors: “no prejudices between northern and southern, yes self-irony””