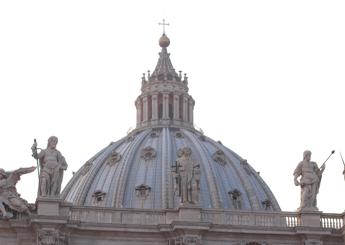 ‘The pontificate of Pius XII between silence and complicity’. A new volume written jointly by Ottavio Di Grazia and Nico Pirozzi on a figure as divisive as that of Pacelli, out on January 24, relaunches the thesis of complicity with Nazism. “It all began – reads the introduction of the volume – almost sixty years ago, when a young German playwright – Rolf Hochhuth – finished the drafting of a work destined to make him famous for the rest of his days. Eighty minutes of dialogues and monologues that cast a disturbing shadow on one of the longest pontificates in the history of the Church. It is from that distant February 20, 1963, when “The Vicar” landed on the billboard of the “Theater am Kurfürstendamm” in West Berlin, that the story of Pope Pius XII inevitably intertwined with the “silences” of Eugenio Pacelli. A man – Pacelli – who, rightly or wrongly, had proved too acquiescent towards the murderers of six million Jews ”. Since then, we read in the new volume by Di Grazia and Pirozzi, “that story, made up more of shadows than of lights, has continued to hold sway among historians. Yet, it would have been sufficient to leaf through with a minimum of attention the documents which, between 1965 and 1981, were made known precisely by the Holy See in order to exonerate Pius XII from alleged responsibilities. Papers that, although “selected” by a commission of Jesuit historians, clearly and unquestionably demonstrate the pusillanimity of a man who – as Don Ernesto Buonaiuti writes – was unable to use ‘the tools suited to his formidable need’ “. , note the authors of the book, “that of the two hundred and sixtieth pontiff of the Holy Roman Church, certainly conditioned by the attempt made by the Vatican (in the aftermath of the First World War) to re-propose its own vision of identity of a Christian Europe and the confrontation with decisive regimes to oppose in a “total” way the formative role of consciences proper to the “chair” of Peter. This, while the persistent, grave, anti-Judaism that for almost two thousand years had nurtured doctrine and political choices continued to hover over that same Church ”. “To the ancestral hatred towards the people of the ‘deicides’ must be added, in that same historical period, the fears generated by the proposal of Lord Arthur J. Balfour concerning the birth of a ‘National Home for the Jewish people’ in the Holy Land and the progressive affirmation of an ‘atheist and perverse’ ideology in vast territories of Central-Eastern Europe. And it will be precisely the fear of Stalin and communism – it is highlighted in the introduction of the book on Pius XII – to convince leading exponents of the Vatican hierarchy to support, materially and politically, the aid network that Bishop Alois Hudal and Monsignor Krunoslav Draganović they had patiently woven at the end of the conflict, to allow hundreds of war criminals to escape from Europe and from justice. “” A truth, – denounces the volume – that emerges from the reading of thousands of documents, which he interior of the Leonine walls, involved a questionable raising of shields (often based on a mendacious interpretation of the facts, where the black of history was masked with the pink of stories). Forgetting that the truth is not only a real representation of the facts, but also an ethical choice. A moral value to be placed before any initiative. Even if it is a question of questioning the work of a pontiff and of the Church that that pope represented for almost twenty years “.