“Hitler never was a house painter, but he dreamed of being a painter” 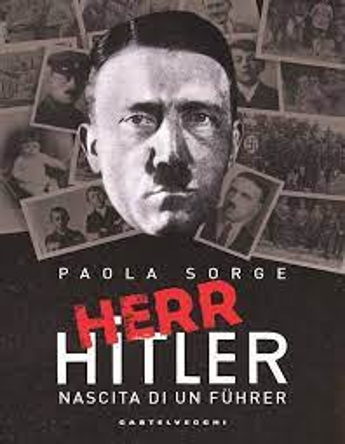 From Fidel Castro to Adolf Hitler the step is short, at least for the writer Paola Sorge who ten months after the release of ‘Fidel in love’ on the story of the great secret love of the Cuban revolutionary with the Italian Anna Maria Traglia nephew of the cardinal, now comes out with ‘Herr Hitler, birth of a fuhrer’, again for the publisher Castelvecchi, which tells the story of childhood, adolescence and then the rise to power of the Nazi dictator. “Fidel is a character who has always intrigued me, I often ran into Hitler as a Germanist”, explains to AdnKronos the author of this narrative biography, a sort of historical novel in which every event is however documented. “They both had great oratory art,” he notes. “Hitler is a character I knew very well, but now I have also had unpublished news and curiosities, from some authoritative and reliable sources, especially on the character’s youth, which dispel some historical falsehoods – says Paola Sorge – things that surprised me too, absolutely different from those handed down by the traditional versions. Just to say the first, he was not at all a house painter as he himself wrote in ‘Mein Kampf’; if anything, as a young man he dreamed of becoming a painter … ‘is invented to prove that he was one of the people, mistreated like them “.’ He was bad at school, but he read a lot ‘Besides,’ the boy Adolf was much less worse than the one described in so many biographies, he was not bad and brutal until as a young man but a normal adolescent, with friendships then maintained even afterwards with boys from a good family, even if he was certainly shady of character and taciturn “. But wasn’t there already the seed of what Hitler will be in the young Adolf? Or did that seed germinate only later? “He loved his homeland very much and felt like a leader, this certainly had an impact, obviously in a negative way, in his sentiment as a pro-Kaiser and anti-Habsburg Austrian ‘Pan-Germanist’ and in his dream of greatness. And he drank of all the theories that were circulating at the time and above all of the anti-Semitic ones: he did badly at school, but he read a lot. Tell me what you read and I’ll tell you who you are … or who you will be, one could conclude by paraphrasing the old popular proverb. (By Enzo Bonaiuto)

Elza Soares died, the queen of samba was 91 years old