He killed his father to defend his mother, acquitted: “The fact does not constitute a crime” 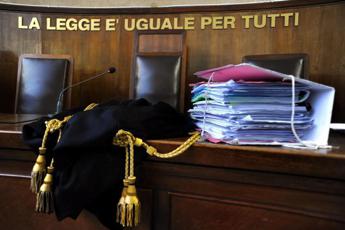 Acquittal because the fact does not constitute a crime for Alex Pompa, the young man who stabbed his father on 30 April 2020 in Collegno to defend his mother and brother from the violence of his parent. This was decided by the Turin Court of Assizes at the end of a council chamber that lasted almost six hours. For the young man, the prosecutor, Alessandro Aghemo, at the end of his indictment said he was ‘forced’ to ask for 14 years in prison. The boy’s lawyer, Claudio Strata, instead asked for full acquittal, invoking self-defense. In the courtroom to listen to the reading of the sentence, the young man’s mother, Maria, and his brother Loris, who attended all the hearings of the trial.Alongside the family members, today in the courtroom, also Rinaldo Merlone, former principal of the school attended by Alex at the time of the murder and the Treviso entrepreneur Paolo Fassa who, having heard the story of Alex on TV and impressed by the positive opinions his teachers gave of the young man, decided to help the boy by making himself available to help him. ” so strange, I haven’t had time to metabolize yet, I just want to go home, it’s been a busy, heavy day, only at home I’ll be able to metabolize “, were Alex’s first words.

One thought on “He killed his father to defend his mother, acquitted: “The fact does not constitute a crime””