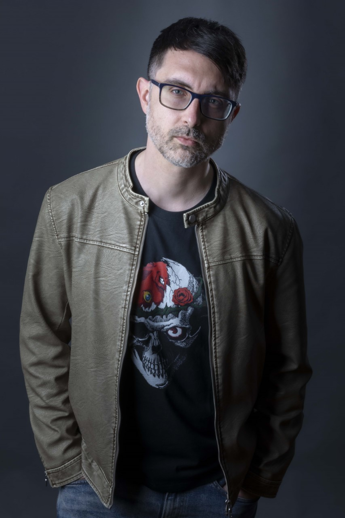 Panini Comics and Harper Collins Italia announce a new joint publishing project: for the first time in Italy, a new narrative universe will develop simultaneously through two different modes of artistic expression: comics and novels. In fact, an innovative project for national publishing is about to debut, a cross-media operation conceived by the director and writer Fabio Guaglione that will allow fans of both genres to be able to read both the novel and the graphic novel for each story. The project, which will take shape starting from autumn 2021, involves Panini Comics and Harper Collins Italia. “This is a collaboration never before attempted between a comic book publishing house and a book publishing house, an original discovery path, unpublished for Italy, the result of the encounter between the creativity of young talents and two great international publishers – underline the two publishing houses – In the narrative universe created by Fabio Guaglione, the protagonists of different stories will move, independent of each other and at the same time pieces of a great puzzle “. There are three parallel chapters conceived by Fabio Guaglione and which will be developed in the novel form and in the comic form: ‘Quarantine Prophets’, ‘Carisma’ and ‘Carnivalia’. Sci-fi is the predominant genre of ‘Quarantine Prophets’, written by Fabio Guaglione and Luca Speranzoni, with drawings by Giovanni Timpano and colors by Daniele Rudoni. Horror atmospheres for ‘Carisma’ written by Maria Rita Porretto and Silvia Mericone together with Fabio Guaglione, with drawings by Lorenzo Zaghi and colors by Francesco Segala, in a fierce battle between faith and science. Finally, ‘Carnivalia’ with the drawings by Bruno Frenda accompanying the story created by Fabio Resinaro and written by Fabio Guaglione in collaboration with Luca Mazzocco, is an urban fantasy adventure in which nothing is as it seems. “In recent years the narrative universes they have become as important as the one we live in – comments Fabio Guaglione – In these imaginary places we spend most of our time, we seek refuge, we find entertainment, we come across unexpected questions, we respond to adventure, we enrich ourselves with revelations, we share real emotions . For this reason I am thrilled to be able to give shape to a stratified and courageous project together with two realities like Panini Comics and Harper Collins, real access portals to the imagination “.” In this world in continuous transformation in which formats change and supports, and the only constant is the need of the human soul to enjoy emotions and stories that arise from human imagination, it is based mind that books, comics, films, series, documentaries, video games, records, seek a constant dialogue, trying to imagine the future together – says Carlo Carabba, editorial manager of Italian fiction and non-fiction Harper Collins – For this, we are honored to work together with Panini, one of the most important publishers in the world in its sector, the visionary project of Fabio Guaglione and the team of great talents that is giving life to books and graphic novels “.” We are particularly excited to announce this partnership with a of the most creative screenwriters on the Italian scene – declares Marcello Lupoi, publishing & licensing director of Panini Comics – We are no strangers to the creation of original content or to transmedia, but this opportunity to work with Fabio and a series of great designers is particularly exciting and full of potential, also thanks to the partnership for us unpublished with Harper Collins, for large fumes etti and great novels “.

Belen to his son: “Now mom is single”. The clue on Instagram