Unpublished letter from Battiato for the construction of a Buddhist monastery 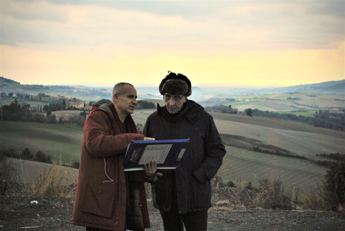 A letter from Franco Battiato, written in 2012 and addressed to the Tuscan town of Santa Luce, in the province of Pisa, to urge the construction of a Buddhist monastery. In the letter, the recently deceased Sicilian singer-songwriter wrote to the then mayor Andrea Marini that “the Lama Tzong Khapa Institute, a spiritual community also founded by lay people, is drawing an ever-growing interest around it. The future monastery, which should be built. on a rock, like the monasteries of Tibet, is an independent project, of high architectural level, simple and rigorous. It would make a significant contribution to environmental recovery. Please take my advice into consideration: it could bring international prestige to the his Municipality, which has a predestined name, and to Italy “. Now, the current municipal administration of Santa Luce announces that it has approved the implementation project and the fundraising will begin shortly. “A path started at the beginning of this mandate is about to complete – explains the mayor of Santa Luce, Giamila Carli – and we are very satisfied: when there is the will, the synergy between entities can be virtuous. The Buddhist community, through the Lama Tsong Khapa Institute, it constitutes an added value for the entire territory “. Massimo Stordi, monk and head of the Sangha onlus project, had for years been linked by a friendship with Franco Battiato who, “as a researcher with a broad spectrum of spiritual universes, had approached Tibetan Buddhism, as evidenced by his trip to Nepal and the docufilm entitled ‘Crossing the bardo’. Franco informed me of the letter – Stordi reports – he also considered the monastery fundamental for the development of the monastic activity. Now, finally, we can realize it: the project is ready, we will begin the collection funds as soon as the building permit is issued “. The idea of ​​building the Monastery according to the ancient Tibetan tradition, which mostly sees these monuments associated with rocky and steep sites, is married to the need for the environmental recovery of the former quarry of Poggio la Penna, a short distance from Pomaia, a village set in a hilly area of ​​great landscape value and a few kilometers from the sea. Here, for over 40 years, there has been a Buddhist community that has developed around the Lama Tsong Khapa Institute, “which over time has become an extraordinary meeting point of cultures and experiences, an integral part of local communities. The growth of the community is the increase in activities and presences have created the need to expand and complete the current settlement “, explains the municipal administration. The project consists in the redevelopment of the former quarry area, through the construction of the Monastery, including the two sections male and female monastic, and the Contemplation Park. The latter was conceived as the place destined for silence, meditation and immersion in nature, it will consist of the complex of green areas that affect and surround the Monastery. “It is divided into two main, contiguous and connected sections – they explain to the Municipality of Santa Luce – the first, in close correlation with the religious sphere and more strictly functional to monastic life, is divided into gardens and internal park; the second, called naturalistic green, consists of the areas between the former quarry and the wood of Santa Luce. The project will be carried out in parts, each of which complete and completed also from an environmental point of view. We will start with the construction of the temple, the main element and identity, and with the first interventions aimed at maintaining and enhancing the naturalistic green and to allow its usability “.