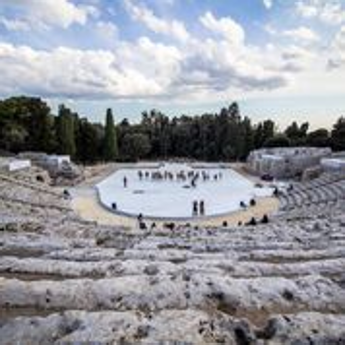 Roles for Lucia Lavia, Santospago, Marinoni, Aprea, Fassari, Ranzi, Paone directed by Calenda, Livermore and Padrissa of the Catalan Fura dels Baus Greek tragedy and comedy, classic and experimentation, rigor and spectacularity: it is culturally broad and rich is the season of the cycle of classical shows organized from 3 July to 21 August at the Greek Theater of Syracuse by the Inda, the National Institute of Ancient Drama led by the superintendent Antonio Calbi, whose programming – which for the first time actually embraces two seasons – was officially presented via videoconference, also with the intervention of the Minister of Culture, Dario Franceschini. Three works chosen for this summer: ‘Baccanti’ by Euripides, ‘Le Nuvole’ by Aristophanes and ‘Coefore – Eumenidi’ by Aeschylus while the first part of the ‘Orestea’ trilogy, or ‘Agamemnon’, will be performed next year, as ‘Ifigenia in Tauride’ directed by Jacopo Gassman and already scheduled for last season, then canceled due to the Covid pandemic. Debut at the Greek theater for the Catalans of the Fura dels Baus ‘Baccanti’ marks the debut at the Greek theater in Syracuse of the Catalan company Fura dels Baus founded and directed by Carlus Padrissa, who chose Lucia Lavia for the interpretation of a very particular Dionysus, with Antonello Fassari in the role of Tiresia and Stefano Santospago in those of Cadmo. ‘Le Nuvole’ directed by Antonio Calenda will again star Stefano Santospago for Aristophanes and Antonello Fassari for Socrate, with Nando Paone as Strepsiade and the corifea Galatea Ranzi. ‘Coefore – Eumenidi’ directed by Davide Livermore will see Laura Marinoni in the role of Clitennestra, Anna Della Rosa for Elettra, Stefano Santospago who plays ‘trio’ with Egisto and Gaia Aprea as chorifea.

1 thought on “Inda: directors and leading actors at the Greek theater in Syracuse”