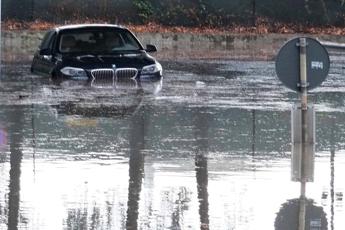 Vegetables drowned, citrus plants felled in the flooded countryside where it is impossible to sow and the harvest of olives thrown to the ground by storm winds was interrupted with incalculable damage to farms. This is what emerges from the monitoring of Coldiretti for the red bad weather alert in Sicily and Calabria, where we suddenly passed from drought to storms with devastating effects on the territory and unfortunately also victims. “The violent storms hit a region like Sicily – explains the association – which has as many as 92.3% of the municipalities with part of their territory at risk of landslides and / or floods with soils that are unable to absorb the water that falls violently and tends to move away by flow causing flooding and landslides. A situation that worsens in Calabria where it even rises to 100% of the municipalities. The result is also heavy damage to infrastructures with collapsed fences and walls and interrupted roads that cause difficulties for the viability especially in rural areas to reach farms “.” We are facing – underlines Coldiretti – the consequences of climate change also in Italy where the exceptional nature of atmospheric events is now the norm, with a tendency towards tropicalization it manifests with hail of greater dimensions, a higher frequency of violent manifestations, seasonal displacements, precipitations short and intense and the rapid transition from the sun to bad weather, which also compromise crops in the fields with estimated costs that have already exceeded two billion this year between losses of national agricultural production and damage to structures and infrastructures in the countryside “.