Quota 100, Fornero: “It had unsustainable costs and failed on employment” 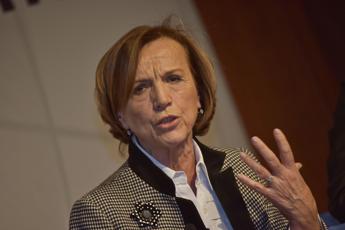 We need “a compromise to avoid a too abrupt raising of the retirement age for some workers but, at the same time, also a very clear message towards the return to the path indicated by the 2011 reform”, states Elsa Fornero in an interview with Repubblica. economist, minister of labor of the Monti government who in 2011 was forced to intervene drastically on social security to bring public accounts under control. “Quota 100 – he explains – was a very costly step backwards, which benefited a few and which did not at all keep the promise of increasing youth employment to replace the older one. The Draghi government knew it had to go back to a situation of greater sustainability of pension expenditure without passing the costs on to the younger generations “. “Personally – he notes – I would have preferred to use the existing tools to soften the increase in the retirement age, I think, among others, Ape social and Option woman. In the first version of the National Recovery and Resilience Plan there was explicitly written that the tools would be found in the current pension system. The social Ape has the characteristic of distinguishing between types of workers and entrusts the intervention to general taxation, not to the contributions paid by the individual worker. It is a tool that achieves what the trade unions have been asking for some time: the separation of social security expenditure from that of a strictly welfare nature. The pension advance is in fact borne by the general tax system “. Why did Quota 100 fail? “He failed in terms of employment – he remarks -. President Conte said, at the time, that there would be three hires for each exit. The opposite happened: one entry for every three exits. But the job market does not work by replacing a worker with another. In an economic recession it is difficult to create new jobs, but in normal conditions we must aim for a labor market that raises the employment rate “. On the proposal of the unions to be able to leave work after 41 years of contributions regardless of age or from 62 years of age with at least 20 contributions, Fornera states that “leaving work after 41 years means canceling a decade, bringing back back the clock. I do not understand why a respectable and reasonable person like Landini could make a proposal of this type that does not take into account the economic and demographic variables. The country needs to work more, not less “.

Wrong bill, what to do

One thought on “Quota 100, Fornero: “It had unsustainable costs and failed on employment””