Mps, the negotiations between Unicredit and the government are about to stop 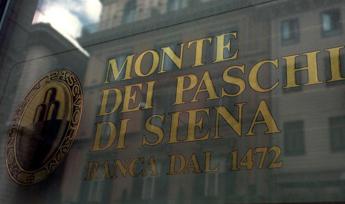 The government and Unicredit would prepare to cancel the negotiations on MPS, after efforts to reach an agreement have failed. More than on the recapitalization chapter, the difficulty would be linked to compliance with the conditions agreed between the parties last July. “The conditions set in July would not be met, so there is a risk that the operation could be skipped,” a source told Adnkronos. “The due diligence itself has brought up complex issues and therefore both parties are finding it difficult to find a solution that meets the preconditions,” he explains. In the press release dated 29 July, UniCredit and the Mef, as the majority shareholder of Banca Monte dei Paschi di Siena, had set the conditions for the potential transaction. Among the main assumptions agreed with the Mef to verify the feasibility of the operation at the equity and economic level, there is “the neutrality of the same with respect to the capital position of the group on a pro forma basis”. And again: “a significant increase in the ” earnings per share after having considered the possible net synergies of the transaction and in any case the maintenance of current levels of earnings per share even before taking into account the possible synergies at 2023; the exclusion of extraordinary disputes not relating to the ordinary banking management and all related legal risks, current or potential; the exclusion of impaired loans and adequate coverage of any further credit risks that are also identified following due diligence through methods to be defined; the agreement on personnel management according to the compendium inherent to the exercise of commercial activities “. If there really should be a stop at no negotiating on MPS for the government it would be more difficult to respect the commitments made with the EU to reprivatize the bank by April 2022.Unicredit, consulted by Adnkronos, does not expose itself further on the press rumors according to which the government and the group banking would prepare to cancel the negotiations on MPS, but is limited to a “no comment”. According to the agency’s findings, more than on the recapitalization chapter, the difficulty of the operation would be linked to compliance with the conditions agreed between the parties last July.

For Pirelli’s 150th anniversary, the Calendar is On the Road with Bryan Adams

One thought on “Mps, the negotiations between Unicredit and the government are about to stop”