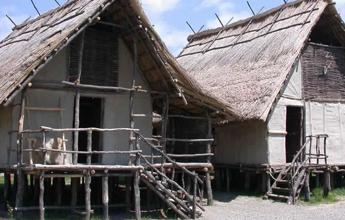 The touchless and the whole sector of the dematerialization of physical contacts has registered a dizzying acceleration during the periods of lockdown. It is now known, especially in terms of payments and credit / debit cards which, passing from the wallet to the smartphone, also make it possible to reduce the use of plastic, a detail that in recent times is encountering a certain greater sensitivity in people. . Other cards that end up on the phone, in addition to payment ones, are loyalty cards. According to a Stocard survey, from 2017 to today the users have gone from three to ten million and, since 2019, the growth has been constant, marking a plus two million users every year who on average load 17 loyalty cards each. Google has also sensed the situation and is working to allow you to link your account to your favorite loyalty program. Just link the account of the seller whose loyalty card you have to Google to immediately know the final price of a product without entering discount codes. All stores can then make their products available directly on Google Shopping. And, as a company note explains: “A new collaboration with Shopify will enable merchants to become discoverable for high-potential consumers on Google Search, Shopping, YouTube, Google Images and more. (…) As we have eliminated barriers such as commissions and improved our technology, we have seen a 70% increase in the size of our product catalog and an 80% increase in merchants on our platform. ” Additionally, Shopify Payments opens up to merchants on the Google platform: “This means Shopify merchants will have the ability to choose Shopify Payments as their preferred payment processing solution to shop on Google.” According to Stocard research, the industry over the past four years that has grown the most is that of pharma, whose loyalty cards have registered a + 96%., followed by pet food (+ 43%) and brico (+ 41%). Supermarkets, which were the first to focus on loyalty cards and which represent 34% of the market in Stocard, are a sector in which growth is physiologically less marked: more than 12%. Where loyalty cards are growing in a particularly creative way is in the tourism sector and territorial loyalty to museums, accommodation facilities, sports clubs and associations. For example, the Terramara di Montale Park in the Province of Modena has reopened to the public and launched a program of initiatives led by archaeologists to help understand the methods and procedures of the terramare artisans through direct experience. The entrances and workshops dedicated to children have a 50% discount for holders of the Park fidelity card. Holders of Fidelity Card and Supporter Card have more and more advantages also for what concerns sports support: supporters will have, for example, the right of first refusal to attend Feralpisalò-Alessandria, first leg of the Serie C playoff quarter-finals.

1 thought on “The sustainable lightness of loyalty cards”