Angioletti (formerly Anpac), ‘the end of Alitalia began when politics killed the merger with KLM’ 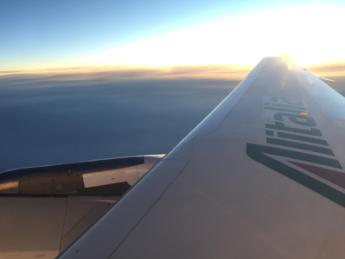 “Alitalia today ‘dies’ because all the potential opportunities for substantial change in line with what the times would have required have been lost over the years. strategic, managerial and financial point of view, an opportunity that would have made Alitalia one of the most important players in the market, while saving taxpayers several billions of euros “. This is the accusation that Augusto Angioletti, former Alitalia commander and former head of Anpac, the National Commercial Aviation Pilots Association, formulated in an interview with Adnkronos, highlighting the period between 1997 and 1998 as “crucial”. the one in which the hypothesis of a full partnership with KLM took shape, which would have represented the answer to the newborn Star Alliance and OneWorld, a “merger like the one that KLM itself would then have achieved only ten years later with Air France”. In those years, he recalls, “Alitalia was at the level of its sister companies” in terms of the number of passengers and routes covered “and closed the balance sheets in surplus”. Hence the definition of a ‘peer’ project with KLM, in which “the Malpensa airport was chosen for a geographical location, so as to create an axis between an airport in Northern Italy and another in Northern Europe for a synergy strong “, leaving Fiumicino” a tourist vocation “.” We would have been forerunners of all the mergers between national airlines that would come later, it had all been defined, KLM was then a very solid partner “, explains the former commander, who emphasizes the possible progressive ‘de-nationalization’ of Alitalia: “In 1996 a first privatization was decided with the Prodi government, with the listing of part of the public quota and the project on which it was working, of which Anpac was among the promoters, it envisaged a real privatization, first with a shareholding for employees, and then with a further 35% that would be purchased by already identified private equity funds “. In short, “Alitalia would become a private company no longer on the shoulders of the taxpayer, dissolving the ties with the father-master Iri, who in dark times had been a guarantee of continuity but in good times were a bond”. On this initiative, however. , at a certain point – recalls Angioletti, who at the time sat on the board of directors of the airline – “it was decided to drive back and stop the development of Malpensa in the direction that would serve the merger with KLM: the Dutch paid a hefty penalty, and since then it has taken 22 years to make Alitalia ‘die’, kept alive only thanks to state ‘doping’. “” There was a failure of politics “- he explains – with pressure on the government and a” paradoxical situation ” “in Brussels. “We had to fight with the Commission which had pressure from our competitors, who did not want the take-off of this project and who won, given that after they took a lot of Alitalia traffic”, but this – explains the former head of the ANPAC – “in a certain sense it was normal: what was not normal is that at the same time the mayor of Rome, Milanese circles in favor of Linate and Italian political forces asked the EU to stop a project” of our national airline. “We behaved as if within the country there were different souls in opposition, a sabotage of politics for parochial reasons: there was everything – complains the former commander – an extraordinary combination that would have made the company take off in the correct direction required. from the market and instead after the failure of that project Alitalia has no longer found its dimension “. “He lived day by day, without a strategic perspective, burning billions. The fact – he concludes – is that the market gives opportunities or denies them, we must always understand the times”.

Maneuver 2022, pensions: towards a one-year extension of the Ape and a woman option

One thought on “Angioletti (formerly Anpac), ‘the end of Alitalia began when politics killed the merger with KLM’”