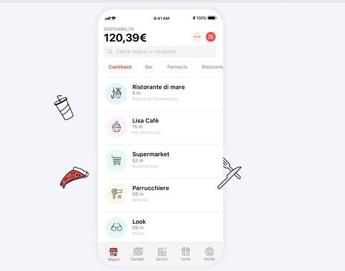 The Chinese tech giant Tencent has completed its investment in Satispay, which plans – as announced by the Italian mobile payments startup itself last November – the purchase of a minority stake together with Square Inc, the mobile payments company of the co-founder of Twitter Jack Dorsey. Already last November Satispay announced that investors would guarantee fresh capital by subscribing a capital increase of 68 million euros and acquiring a minority stake for 25 million euros. Square and Tencent intend to invest 15 million euros respectively in Satispay, trusting that the Italian government is actively promoting payments via mobile devices. Satispay has now reached over 1.3 million consumers and 130,000 merchants. In the first 10 months of 2020, the company processed approximately 21.5 million transactions for a volume of 400 million euros, recording an increase of 78% compared to the same period of 2019. The funds raised will help Satispay to expand and consolidate the own business in Luxembourg, Germany and Italy. In the meantime, Satispay has launched a digital service that allows pharmacies to accept payments for medical tickets for specialist and outpatient services of the PagoPA circuit. The function is called Connect and is a technological interface that allows customers to avoid queues to support the payment of services at clinics or hospitals. In the pharmacies that subscribe to the service, the user can pay for medicines and health tickets using, among the payment systems, also Satispay. All this, considering how, in 2020 alone, more than 61 million health tickets were paid in Italy. A note from Satispay explains “Simplification and digital innovation can only be regulated through the pagoPA standard. For this reason Satispay brings the service directly in-app. Connect is the new B2B solution developed for pharmacies and large-scale distribution, thus contributing to increasing the use of public administration digital services by citizens “.

1 thought on “Tencent and Square invest in Italian mobile payments”