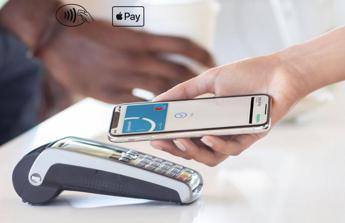 The role is for an expert (at least 5 previous years) in unconventional payment systems, capable of conducting and guiding screening of potential partners, preparing agreements or launching new programs and features to be integrated into Apple’s “pay” functions. And even if we are not talking about products or partners, the announcement lists a series of systems that the Cupertino house would be interested in, namely digital wallets, BNPL (buy now pay later) schemes, instant money transfers, cryptocurrencies. Apple is a pioneer in smartphone payments, it launched its wallet already in 2012, which at the beginning had the function of containing tickets (airplanes, and then for the events that have progressively joined), and which now, by associating credit card or debit via Apple Pay (launched in 2014), allows you to make contactless payments anywhere, completely replacing the physical card. And again: the peer-to-peer pay function allows instant money transfers between two Apple Pay users, simply via a message so as to allow small payments, split a restaurant bill, buy a group gift. But there is more in the future. Apple acquired Mobeewave a few months ago, a startup that created software that allows any device equipped with an NFC chip (such as iPhone and iPad) to turn into a payment terminal. CEO Tim Cook, on the other hand, has never hidden where his heart beats: “I hope to be alive to see the cash end,” he said back in 2018 at a meeting with Apple shareholders in Cupertino. An aversion to physical currency that has motivated this way: “What reason is there still to go through the effort and expense of printing money, with the risk of it being stolen and counterfeited?”. Cook has repeatedly launched himself in a passionate defense of digital payments, even criticizing credit cards: a nuisance to carry around, and always at risk of loss or theft, with all that entails (time and money lost for lock and replace them). This did not stop Apple from launching its credit card, the Apple Card, in the Mastercard circuit just two years ago, which, despite being fully integrated into the smartphone, also exists in physical form – even if the operations eventually take place. all from the wallet and the dedicated app. Another couple of balls is the mention, again in the announcement, to cryptocurrencies. The job description remains vague, implying that the new hired will have to study the market, develop solutions and make deals. There have been rumors of possible acquisitions of Bitcoin by Apple for some time, especially in the wake of Tesla, but the rumor has never been confirmed. More likely could be work around creating an integrated wallet on iOS devices, as Samsung has already done with its Keystore. Or, more simply, Apple could start accepting Bitcoin or Etehreum on the store, or even introduce the possibility of cryptocurrency payments on Apple Pay. At the moment, however, no further clarifications have arrived from Cupertino.