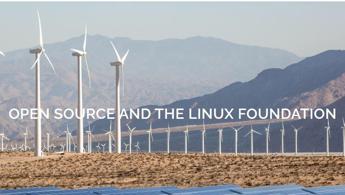 Goldman Sachs is the first financial services operator to join the new Green Software Foundation founded by Microsoft, Accenture, GitHub and ThoughtWorks. The foundation aims to grow the field of software engineering in a sustainable context by committing participating companies to reduce carbon emissions by 45% by 2030 and to develop software with open code, to optimize the work of developers in a perspective of collaboration. Jeff Sandquist, Microsoft’s Corporate Vice President, Developer Relations explained: “Data centers around the world account for 1% of global electricity demand and if projections say it will consume 3-8% over the next decade. it is imperative to address the issue. “Brad Smith, president of Microsoft, says instead,” The scientific consensus is clear: the world faces an urgent carbon problem. We will all have to work together to create innovative solutions to drastically reduce emissions. ” Goldman’s decision to join the foundation comes in the wake of joining OS-Climate, a cross-industry initiative hosted by the Linux Foundation that is looking to shift global investments towards zero-carbon emissions through Open Source data development. Michael Tiemann , pioneer of open source software and speaker at a Climate Week New York webinar, explained that the open source approach based on s The community is well suited for creating transparent, reliable and verifiable data. The tool offers flexibility and can be adapted to users’ needs, it functions as a constantly improving living body that can be used in a proprietary way. In this context, OS-C is creating a community to build a software platform that will dramatically increase global capital flows towards climate change mitigation and resilience through a non-profit organization. The goal is to aggregate data, modeling, computing and science available around the world into an AI-powered physical-economic model that functions as an operating system, enabling powerful applications for climate investments. recent report The State of the Global Climate by the World Meteorological Organization reports how, despite the activities reduced by the pandemic, 2020 has not interrupted or slowed down the climate change underway. According to Petteri Taalas, secretary general of the Wmo, greenhouse gas emissions have continued to rise both in 2019 and in 2020, leading to an increase in temperatures that have reached the highest levels ever reached since 1850. And technology can play its part. Recent research from Purdue University reports how the way Internet data is stored and transferred around the world has a significant impact: one hour of video conferencing or streaming, for example, emits up to 1,000 grams of carbon dioxide, while leaving the camera turned off during a web call can reduce the amount by 96%. Even streaming content in standard definition rather than high definition can produce an 86% reduction in CO2 emissions.