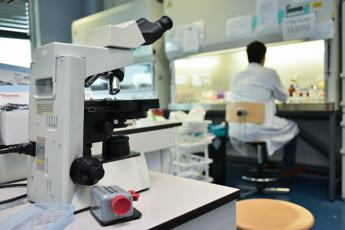 The bleeding of scholars, scientists, researchers from Italian universities does not stop, so much so that the Court of Auditors estimated an increase of 41.8% in ‘brain drain’ from Italy in 8 years. According to the 2021 University System Report – approved by the Joint Sections of the Court of Auditors with resolution no. 8 / Ssrrco / Ref / 21 – in Italy, the share of young adults with a degree has steadily increased over the last decade, but still remains lower than in other OECD countries. This phenomenon is attributable both to the persistent difficulties in entering the labor market and to the fact that the possession of a degree does not offer, as is the case in the OECD area, greater employment opportunities than those of those with a lower level of education. And the limited employment prospects, with adequate remuneration, push more and more graduates to leave the country (+ 41.8% compared to 2013), note the accounting magistrates. in the 2021 University System Report which examines the funding, composition, teaching methods, training offer and ranking of Italian universities (98 universities of which 67 state, which include 3 high schools and 3 higher education institutions, as well as 31 non-state universities , 11 of which are telematic), recalling that Anvur has brought out high quality judgments mainly for universities in the north of the country compared to those in the south and critical issues for telematics. The burden of university fees on families is also an aspect that drives the growth of the brain drain from Italy. In observing “the lack of access or abandonment of university education by young people from low-income families”, the Court of Auditors attributes the circumstance, “in addition to cultural and social factors, to the fact that spending on studies tertiary, characterized by higher tuition fees than in many other European countries, weighs almost entirely on families, given the lack of forms of exemption from taxes or loans or, in any case, economic aid for less well-off deserving students “. “This is an aspect that, for the accounting judiciary, requires updating and completing the current legislation to fully implement the discipline of the right to education with the definition of the essential levels of services (Lep) and the activation of the tools for the promotion and enhancement of student merit “, reads. The report highlights “critical profiles in the field of scientific research in Italy with particular attention to that of the university sector” and the accounting magistrates note that in the period 2016-2019 the planning, financing and execution of research activities are characterized “by the complexity of the procedures followed, the duplication of support bodies, as well as insufficient clarity on the criteria for appointing academic representatives within the aforementioned bodies, taking into account the constitutional guarantee of autonomy and independence referred to in Article 33 of the Constitution ” . Furthermore, “in the period 2016-2019, public investment in research still appears below the European average”. The accounting magistrates also underline how “the considerable percentage of precarious work in the research sector determines the dispersion of the professional skills formed in the sector”. In Italian universities, education and vocational training programs, professional degrees in construction and environment, energy and transport, engineering are still underdeveloped, and there is a lack of graduates in Stem disciplines – science, technology, engineering and mathematics – and this negatively affects the employment rate, underlines the Court of Auditors. With regard to the collaboration between universities and the private production sector, “the role played by technology transfer offices and spin-off companies appears to be positive, with a significant increase in expenditure for the protection of intellectual property” and “more than doubled in the four-year period 2016- 2019, how the number of patents granted almost doubled due to the research activities of Italian universities, thus making the role that technology transfer structures can play for the economic development of the country fully evident, also from a perspective perspective ” .