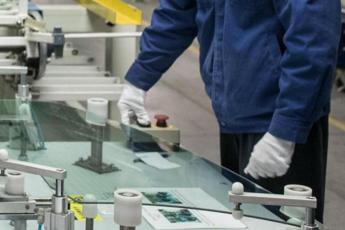 Extension of the freeze on layoffs? “It is not possible that Salvini first gets up on the morning of the Council of Ministers and does the phenomenon, invoking a further extension of the redundancy block and then his undersecretary speaks of deception, in the face of a completely limited extension rule and selective “. Antonio Misiani responds, in an interview with Corriere della Sera, to the Lega’s accusation against Minister Andrea Orlando of having surprisingly inserted the extension of the dismissals in the draft of the Sostegni bis decree. “The Northern League should agree with each other before speaking. And they should stop playing two parts in a comedy “, says the Head of Economics of the Democratic Party, who, regarding the criticisms that have arisen from Confindustria, says that” it would be intellectually honest if it were recognized that, alongside the provision that is the subject of the dispute, the decree contains incentives that are worth between 5 and 6 billion and that will help many companies to maintain employment levels and to hire. “” I believe that the drop point defined by the government is balanced – continues the former deputy minister of the Economy regarding a possible extension of the generalized moratorium on layoffs – which gradually and selectively unlocks layoffs between the end of June and the end of October, taking into account the availability and use of social safety nets and, at the same time, provides for a robust incentive package. A crucial point remains – he adds – the availability of free layoffs until the end of the year, with the commitment not to dismiss from par of the companies that will use it. It seems to me a reasonable solution, the heart of which are the incentives for maintaining employment levels, starting with the sectors most in crisis such as tourism and commerce ”. “I think it is essential to overcome the controversy and re-tie the threads of the confrontation – continues Misiani – Italy is getting back on its feet, but we are facing difficult months and complex choices. Work, to be created and protected, must be at the center of a shared effort between the government and the social partners. Only together can we overcome the crisis and start again. The Draghi government has the merit of having solved the knot of governance, appropriately attributing a key role to the Mef. That said, the Recovery will only be a success if there is a mobilization of the whole country. Government, Parliament, local authorities, economic and social forces. The governance structure must also be functional to this objective “. As for Salvini, who wants to abolish the procurement code, he concludes that those who say “we abolish the procurement code are only propaganda, while we must identify concrete solutions. We must spend the 235 billion of the Plan at best by 2026, in a country that today takes 16 years to carry out major public works. There are two priorities. Speed, as our mayors rightly ask, and legality. To protect work and safety and prevent criminal or mafia infiltrations and acts of corruption “.

1 thought on “Extension of redundancy block, Misiani: “Limited and selective””