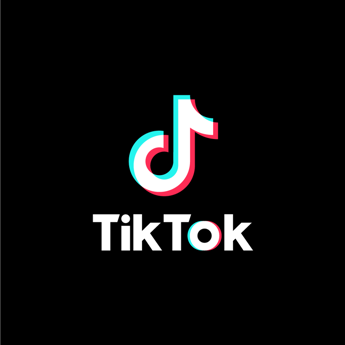 Zhang Yiming, the co-founder of ByteDance, owner of the TikTok video clip app, unexpectedly stepped down as CEO, to focus on the company’s “long-term strategy”. ByteDance changed hands to friend and roommate at the time of the University Liang Rubo, formerly head of human resources and co-founder of the company in 2012. Zhang, 38, has revolutionized the relationship between music and young people on the web and built the China’s first global app: TikTok has approximately one billion users worldwide, over 100 million in the United States alone. While ByteDance, which also has TikTok’s Mandarin twin Douyin, in addition to the Jinri Toutiao and Lark news aggregation app offering cloud storage features, has more than 60,000 employees in over 30 countries. With a net worth of $ 36 billion, Zhang is the fifth richest person in China, according to Forbes. His success and that of ByteDance have recently put him at the center of the controversy of the administration of former US President Donald Trump who has raised the suspicion that TikTok could hand over the data of its users to the Chinese Communist Party. A situation that has caused, by way of counterpoint, repercussions at home, forcing Zhang to defend himself also from the squeeze on hi-tech carried out by the central government and from fines for violating anti-monopoly rules. A fate common to that of other tech moguls in China: in March, Ant Simon Hu’s chief executive announced his resignation due to increased scrutiny by regulators and, just a week later, Colin Huang , the 41-year-old founder of Pinduoduo, one of China’s largest online shopping platforms, has left his position as president to pursue personal interests. In a note announcing his resignation as CEO of ByteDance, Zhang explained: “The truth is that I lack some of the skills that make an ideal manager. I’m more interested in analyzing organizational and market principles than actually managing people “. And he also called himself “unsociable, preferring solitary activities such as being online, reading, listening to music and fantasizing about what might be possible.” Until recently, considered powerful and untouchable for their contribution to innovation and economic growth , large Chinese Internet companies have long been under increasingly tight control by regulatory authorities who have punctually intervened by sanctioning anti-monopoly practices and data privacy treatment. Alibaba Group Holding Ltd.’s Jack Ma himself and Wang Xing, the head of online delivery giant Meituan, ended up in the focus of the government’s magnifying glass for public commentary in speeches or on social media. Ma and its vast e-commerce and payments empire were hit in April with a record $ 2.8 billion fine from antitrust regulators. Regulatory scrutiny over Jack Ma’s empire also in April prompted ByteDance and 34 other of China’s largest tech companies to publicly commit to comply with the country’s anti-monopoly laws, not least because, in March, the antitrust regulator had already fined a subsidiary of about $ 78,000 for failing to properly report a previous merger. ByteDance was also one of 11 companies ordered to conduct a security review on the use of deepfake, an artificial intelligence-based human image synthesis technique used to combine and overlay existing images and videos with original videos or images using a machine learning technique. A technology through which it is also possible to operate the creation of fake videos.