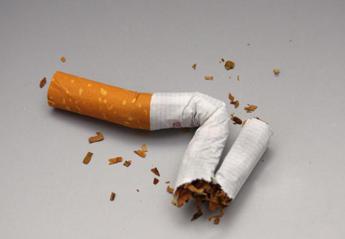 For the ‘hard core’ of smokers who, despite knowing the risk, do not want to quit smoking, “being Taliban, focusing on absolute bans, is useless if you want to reach the goal”. Because “when a person does not want to quit or has tried to quit without success, he will continue with the classic cigarette. The alternatives capable of reducing the risk deriving from tobacco do not need ambiguity, but information, even doctors”. Claudio Cricelli, president of the Italian Society of General Practitioners and Primary Care Doctors (Simg), explains this to Adnkronos Salute, commenting on Europe’s Beating Cancer Plan, the European plan to defeat cancer, presented by the European Commission, which among the planned actions it also includes smoking cessation, equating classic cigarettes with commercially available alternatives. Read also For Cricelli, moreover, the Plan, which “did not actively involve doctors and citizens”, risks “remaining a dead letter” in its 4 areas of intervention, namely: prevention, early diagnosis, diagnosis and treatment, better quality of life for cancer survivors. On the issue of smoking – which is dealt with in the action dedicated to prevention, with the aim of reducing European smokers to 5% – according to President Simg, “practical tools must be given to health workers, in particular to family doctors. who face these problems on a daily basis with their smoking patients. It is not enough to say no. Every day they ask us if they can smoke electronic cigarettes or smokeless tobacco. Practical answers are needed. We ask that all European actions and their implementation in Italy be geared towards practical objectives “. The European Plan to beat cancer risks, in general, to remain a ‘document in the drawer’, because” doctors and citizens were not actively involved – highlights Cricelli – It is the classic behavior of European institutions: a document, an action is taken and then the dissemination of the objectives is not well known who should do it. The national bodies should do it. de. And if there is no active intervention from the scientific societies of doctors, all of this remains totally a dead letter. “” From our point of view, since we are involved in all four actions of the Plan as family doctors, we are interested in take initiatives but, unfortunately, there is no possibility that someone will give us a hand. It is the usual problem of Europe and Italy. They are apparently effective organisms, on paper “, but” when it comes to transferring everything to daily practice – concludes the doctor – they don’t have the slightest idea and don’t care “.