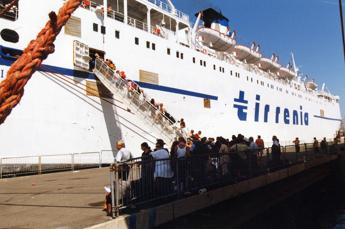 “After Cin has reached an agreement with the unsecured (or unsecured) creditor Tirrenia in As, which provides for the satisfaction of 80% of the credit due together with the granting of mortgage guarantees, against a percentage of recovery of its credit almost nothing and without any guarantee in case of alternative procedures, the Mise surprisingly blocks the restructuring of Cin’s debt towards Tirrenia – demanding the insertion of clauses that have been clearly considered illegitimate by those who will have to validate the plan “. This is what Tirrenia says in a note. “The incredible surprise – reports the company – came after negotiating the terms and contractual clauses for days. The negotiation was interrupted due to the imposition of a further six requests received directly from the Ministry only in the night preceding the hearing of the May 6 last at the Court of Milan. Of the six further requests, four were promptly accepted, while the other two are not acceptable because they present objective profiles of illegality and therefore of unreliability, as also immediately communicated by the same attestor both to the Court of Milan , both to the Commissioners of Tirrenia in As and subsequently to the same Ministry “.” Also to avoid last-minute surprises in such a delicate and important event – just think that the future of six thousand workers and six thousand families depends on the outcome of the same. , in the last ten days Cin has asked for the convocation several times, in the presence of the Commissa ri, of a table for a direct confrontation with Mise “, underlines Tirrenia. “No response has ever been received on this point, which is completely inexplicable and paradoxical when one thinks that precisely because of the position taken by the Minister, the Commissioners of Tirrenia in As, their legal and financial consultants claim that they cannot proceed with the modification of the two clauses and the subsequent signing of the agreement, because they are bound by an authorization from the Minister himself, which prevents them from finalizing the negotiation that has already taken place. An unsustainable paradox – continues Tirrenia – which evokes the evils of the Italian bureaucracy whose effects however, they can only be nefarious. Precisely and also for these reasons we cannot believe that the Mise and the Minister deliberately sink the first Italian infrastructure on the sea “. “We don’t really want to think that it could end like this. Minister Giorgetti is recognized as a serious and capable person and we are convinced – highlights the company – that he will not end things like this, except that facts and circumstances unknown to us are not hidden behind this story. but that if there were, they should necessarily be in the public domain, at least in compliance with an obvious principle of transparency in the administration of public affairs, of the citizens and workers directly involved in this story, also to silence the gossips that are becoming stronger and stronger. and present in this story “.