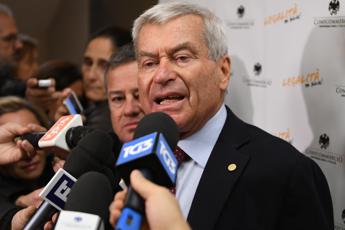 “It is right to review the cash ceiling” perhaps with “European coordination to establish common rules” given that “Germany and Austria, for example, have no limits on the use of cash”. This was stated in an interview with ‘Messaggero’ Carlo Sangalli, president of Confcommercio, explaining that “the prime minister’s call to timeliness and the need for common and effective European responses to deal with the extremely difficult situation we are experiencing, we fully agree . The conclusions of the last European Council need to be translated into operational mechanisms: from the dynamic ceiling on gas prices to the reform of the rules for the formation of electricity prices “. “In particular – he adds – the theme of the energy recovery fund must be strongly re-proposed. As well as the contextual pursuit of environmental, economic and social sustainability and the principle of technological neutrality in the ecological transition”. As for the proposal for a new fiscal pact, “it seems to me – observes Sangalli – a coherent declination of that cultural revolution in the relationship between the State and the production system, signaled as a necessary condition for a path of lasting and structural growth. The three have also been indicated. pillars: reduction of the tax burden according to fairness, fiscal truce for the regularization of the positions of those in objective difficulty, fight against tax evasion.