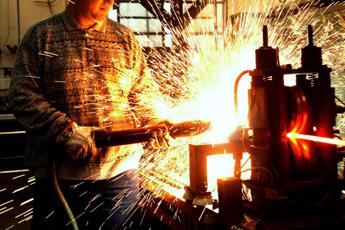 Next year, the energy crisis risks becoming unsustainable for Italian companies. In 2022, companies managed to withstand the impact of the surge in the prices of raw materials and energy, but without government intervention and a clear energy and industrial policy, 2023 promises to be dramatic. “If the new government does not intervene on the cost of energy and on labor taxation within the next year, we will have serious problems”, says Paolo Galassi, president of Api, the association of small and medium-sized industries which has over 2,000 member companies for more than 38 thousand employees. At the moment, the price increases have not yet had irremediable effects on Italian manufacturing, but companies will not be able to resist for much longer. Among the companies associated with Api “we have not registered closures due to the increase in the cost of energy, which however has put the system in difficulty,” Galassi told Adnkronos. The Italian industrial fabric “has held up for now, but next year it promises to be very difficult. Either costs will be reduced or we will really find many companies closed and many people on layoffs”. At the moment, small and medium-sized industries have not closed or stopped production, explains the president of Api, but have reacted by changing shifts to reduce energy consumption or by resorting to layoffs. But, without substantial interventions, 60% of the associated companies risk ending up in great difficulties, in particular the engineering, chemical, food and service ones. Now, continues Galassi, the state must intervene, in the short term, with subsidies to companies against expensive energy, but also with investments in training and cuts in the tax wedge. Then we need a change in energy policy. In Italy “there is no energy strategy, we buy electricity from France and Switzerland which produce it with nuclear power, while we have said no to nuclear power. The Italian energy policy has never been in favor of those who must use it to produce”. Therefore, concludes Galassi, “we must really start producing, with renewables and hydroelectric plants, authorizing regasifiers and extracting from our fields in the Adriatic”.