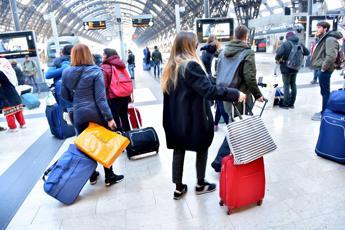 After 2020 “anno horribilis” for tourism with 223 million fewer visitors on the Italian territory compared to 2019, 2021, as it started, does not promise anything good, indeed, it risks getting worse. In any case, the expectations of the operators are aimed at 2023 to review a return of tourist flows to the levels of 2019. This is the picture outlined by the president of Federalberghi Bernabò Bocca, just re-elected at the helm of the Confcommercio hoteliers, during the 71 national assembly that took place in Rome and saw the participation, among others, of the Minister of Tourism Massimo Garavaglia. If last year the average drop in tourists was 53.4% ​​compared to 2019, with peaks that in some places exceeded 80% and foreign tourism fell on average by 70.2%, it should be noted that in the first four months of 2021 the presence of tourists in accommodation establishments “decreased by 85.6% compared to the corresponding period of 2019, with a decrease of 75.1% for Italians and even 95.9% for foreigners” . And “if there is no change of perspective in the short term – says Bocca, commenting on the data – the results of 2021 in the tourism sector could turn out to be even worse than those of 2020”. A recovery that has to deal with the serious losses in turnover in 2020 and this year with a winter season that “has skipped completely and the spring one has not yet started”. But Minister Garavaglia is confident and wanted to send a message of optimism to the assembly. “Now phase two is finally starting”, he said, that is: “how to sustain the restart and make this compressed GDP bounce as quickly as possible that we have in an important reality like tourism”. “We need tourism to be the first sector that restarts in this country and that in the year it starts to make the greatest contribution to GDP growth”, Garavaglia hoped. The minister in addition to the economic measures that the government is preparing in the Sostegni bis decree, which should be approved next week, first of all “the decontribution as a fundamental way to restart the sector, with fewer constraints and exceeding percentages that stupidly limit this possibility “, taking into consideration the extent of turnover losses, an assessment of the fixed costs faced by companies and the lengthening of the time required for bank loans, Garavaglia highlighted the need for a” mix of financial instruments such as mini bonds, baskets bond, a revolving fund, precisely to meet very different realities, even large ones “. But a boost to the summer departures of Italians meanwhile for Federalberghi in addition to the initiative of the advance of the national Green pass may come from allowing “to receive the second dose in a region other than that in which the first was received, in order to facilitate the ‘organization and booking of holidays “underlined Bernabò Bocca. Proposal that was collected by the minister who did not deny problems but was a possibility. “It is clear there will be some difficulties in carrying out vaccinations outside the region of residence. But we are confident that with General Figliuolo we will be able to find ways to solve this problem as well. Not easy – he remarked – but with perseverance and organization we will succeed to find the solution for this too “.