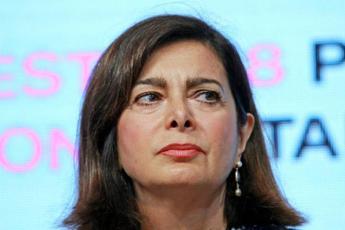 “It is unbearable, the time has come to smooth out this unacceptable difference: a country will not recover if it does not value female human capital”. Laura Boldrini thus comments to Adnkronos the news launched today by the Eurispes Italy Report, according to which women are the most penalized by the pandemic: in the first ten months 444 thousand jobs have been lost, 312 thousand of which are women, 132 thousand of men. “Even before the pandemic, the employment levels of women were low compared to the European average, only 49% of women worked compared to 62% of the average – says Boldrini – now all this has become accentuated. A shame, because today women can compete in every area and represent a resource but we must give them the opportunity to do so “. “For this reason – Boldrini goes out – we also insisted with the intergroup of the Chamber for the rights of women to ensure that in the Pnrr there was particular attention to the professional condition of women, and therefore also a conditionality mechanism for companies that they will go to receive money for the hiring of women. ” For Boldrini “now we have the possibility with the PNRR to be able to recover”. The gap between men and women is also strong as regards the inequality of wage treatment: according to Eurispes, Italy is only 76th in the world ranking on wage parity (it has lost 6 positions compared to 2019), and the average monthly income of women in Italy it is 18% lower than the male one. “The wage inequality between men and women, which continues to be very high, is a profound shame – Boldrini emphasizes strongly – The United Nations defines it as the greatest theft in history against women. It is unacceptable that women with equal duties earn less than their colleagues “. ‘There is a time when you have to change the register, and this is’ The gap’ happens in the folds – specifies the former President of the Chamber, now a member of the Democratic Party – in the forms that concern benefits, dividends, overtime, and it’s a way to get around a parity that cannot be neglected anymore. Also because the principle of equality is strongly affirmed in article 3 of the Constitution and women are no longer willing to suffer all this “. “They must understand – concludes Boldrini – that time is up, that there is a time in which we must change the register, and this is it. We all and all must do our part. It is not a battle of women only, it is a battle of civilization it must to commit everyone, women and men, to the advancement of our country which has remained at stake on this point “.