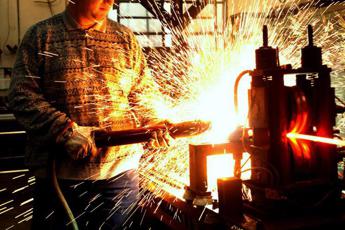 Eight out of ten Italians (79.5%) experience a worsening of the national economy in the last twelve months: it is not surprising to learn that most of them see a clear worsening of the situation (54.4%) and one in four (25, 1%) say it has gotten a little worse. 11.6% of respondents believe that the situation has remained stable, while only 2.9% replied that they felt a slight improvement and even less a clear improvement (0.9%); 5.1% do not know or have not given any answer. This was stated by Eurispes which, through its Italy 2021 Report, surveyed the opinions of Italians with respect to their own economic situation and that of the country, also investigating the difficulties that families have to face, renunciations and strategies for surviving the crisis. To underline the exceptional nature of the crisis generated by the pandemic is the comparison with the responses recorded in the previous 5 years, although the question was asked in a different way, naturally having no reference to Covid-19 in those years. In fact, in the last six years the idea of ​​substantial stability in the trend of the country’s economic situation has always prevailed and opinions on the deterioration involved less than half of the interviewees with the exception of 2017, but even more merciless is the comparison between the responses of those who felt an improvement that from 2016 onwards have never dropped below 12%, with peaks in 2016 (17.3%) and in 2018 (16.6%), while this year they stop at 3.8% . From the observation of the answers broken down by geographical area of ​​origin of the interviewees, a particular situation emerges in the Islands, where although it is confirmed as in the other regions a prevalence of answers in favor of a clear worsening, this occurs to a lesser extent (32.3% ) and the percentages of those who declare that the Italian economy is a little worse are also lower (20%); on the contrary, the percentages recorded for the “slightly improved” (15.9%) and “significantly improved” (7.3%) response options are significantly higher than in the rest of the country: therefore, almost an Italian on quattro from the Islands positively judges the trend of the national economic situation in the last year. The result is even more surprising when compared to that of the other geographical areas where most of the sample reports a marked deterioration (61.6% Center; 58.9% South; 57.7% North-West), with the exception of the North. -East where the responses for this option stop just below 50%, and also the opinion that the situation has worsened a little is more widespread than in the Islands (28.1% North-East; 27.5 % North-West; 24.5% South and 22.2% Center). Overall, it is the citizens of the North-West who most frequently notice a worsening of the country’s economic situation, with 85.2% of them choosing the first two answers (clearly and a little worse), followed by the Center ( 83.8%), the South (83.4%) and the North-East (77.3%); while in the Islands they exceed these two options and involve just over half of the respondents (52.3%). None of the respondents from the North-West claims to observe a clear improvement and the same happens in the Center; in the North-East and the South there are however minimal percentages (0.3% and 0.1% respectively).