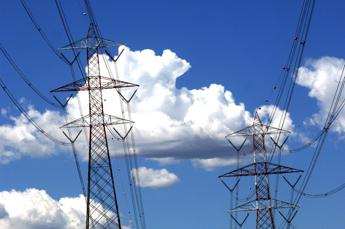 “First of all we need a strategic vision. It is not possible to start an ecological and energy transition without looking to the horizon”. Thus Livio De Santoli, president of Coordinamento Free, in an interview with Fire magazine ‘Gestione Energia’. “The zero emissions goal is fundamental but it is not everything, or rather it contains a series of inter-related actions without which it will not be possible to reach it. In addition to energy, material resources are also ‘finite’ and we also have social issues. which are fundamental “, he stresses. Because “emissions are also the most evident symptom of social injustices, think of the difference in energy intensity per capita between the countries of the South and those of the North of the world, let’s think of energy poverty and climate migration”. To promote energy efficiency and renewables “the watchword of the Coordination is now: press. Politics, businesses and even citizens, when they get caught up in the Nimby syndrome. We must press on anyone who opposes the change that is necessary because on the climate crisis time is short. And just speaking of time we started a campaign on the authorization difficulties and on the timing of both the authorizations and the legislative processes “. “We are accumulating emissions in the atmosphere and losing opportunities for development and work in renewables. We missed the photovoltaic train years ago, the one of accumulation more recently, while we risk losing important technologies such as biogas and energy efficiency. sectors in a stagnant phase. And not just for energy production, but as plant producers. It’s about money and jobs “, he remarks.” We have some of the best companies in the world on renewable technologies and efficiency than without a serious industrial policy will be purchased by foreign companies as has already happened. For this reason Free not only intends to push for the indispensable promotion of renewables, but wants to be an active part in the implementation of a sustainable industrial policy without which there is development “, he concludes.