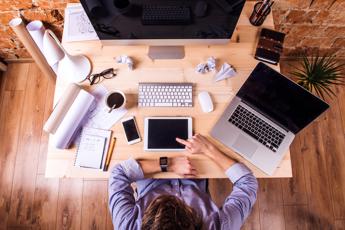 Germany runs on quantum computing and announces a € 2 billion investment to develop quantum computers. The German government’s goal is to build a competitive quantum computer within the next 5 years and create an associated ecosystem of potential users. The announcement came from the German Research Minister, Anja Karliczek, speaking in Berlin. “Quantum technology – underlined Karliczek – is one of the keys of the future, it will allow us to guarantee absolutely secure communications, to make giant steps in medical technologies through highly sensitive sensors, or to tackle, through quantum computing, problems that were previously unsolvable in logistics or in the search for materials “. Out of the total of 2 billion euros of investment, 1.1 billion will be invested by the Ministry of Research and 878 million euros by the Ministry of Economy. A quantum computer does not store information in the form of bits, i.e. ones or zeros as a normal computer does, but it does store information in qubits which can be both states at the same time: in other words one and zero. The quantum particle holds both states until you look at it or measure it. This means that quantum computers can theoretically be many times faster and more powerful than conventional computers. The aim of the German project is therefore to develop a computer prototype with 24 fully functional qubits. Within five years, Berlin wants a competitive machine with at least 100 individually controllable qubits. Currently, the largest quantum computers are IBM’s 65-qubit computer and Google’s 54-qubit system. (by Andreana d’Aquino)