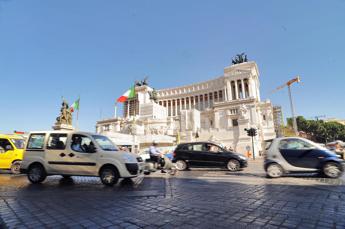 Italians loyal to the car: currently 9 out of 10 cannot do without it and only 7% believe it is possible to give it up, but in fact almost all (97%) of the interviewees declare that they have at least one car in their family and more than 7 out of 10 confirm that they use it as their preferred means of transport both in everyday life (72%) and for trips outside the city (79%). This was revealed by a Bva-Doxa research for the ‘Change Lab, Italy 2030’ Observatory carried out by Groupama Assicurazioni, the first branch of the French Groupama Group and one of the main players in the insurance sector in Italy, which wanted to investigate the main 2030 will change the lifestyle habits of Italians. However, a surprising figure concerns the over 55s, who consider it less essential to own a car for 33%. There is also an interesting correlation between the size of the municipality of residence and the possibility of living without a car: the percentage varies from 5% for those who live in small towns (with less than 10 thousand inhabitants) to 10% for those who reside. in big cities (more than 100 thousand inhabitants). And in 10 years what will change? Two out of 10 Italians (18%) expect not to have a single main means of transport available in the future, but to choose from time to time the most congenial means of transport based on the journey they will have to face. In the forecasts of the interviewees, the ‘family’ car will still be among the most generally used vehicles (76%), preceding the owned bicycles (23%) and public transport (15%). In short, the car will remain a comfortable and sometimes necessary vehicle, but not necessarily the one chosen for any type of travel. Among the most inclined to change their habits, certainly the very young between 18 and 25 years old (66%).