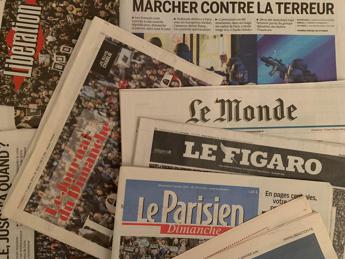 ‘Le Figaro’, the prestigious French newspaper founded in 1826, arouses the appetites of Vincent Bolloré and the patron of the luxury group LVMH, Bernard Arnault. This is written by ‘Le Monde’ noting that the two transalpine billionaires would have made two distinct acquisition offers but the heirs of Serge Dassault, the founder of the Dassault group who has owned the newspaper since 2004, rejected the advances of the two suitors. Privately, writes ‘Le Monde’, the Breton financier “who is building a high-speed publishing group has never hidden his interest in the great French right-wing newspaper”. According to the newspaper, “Vivendi’s patron has been looking at the dossier with interest since June 2018”. For its part, LVMH would have submitted an offer before the summer to buy the longest-running newspaper among those still being published in France. “Messrs Arnault and Bolloré each made a proposal a few months ago,” Laurent Dassault, one of Serge Dassault’s sons, confirmed to ‘Le Monde’. “We have two potential buyers but we will not sell our story. We have a duty of remembrance to our father. Even for a billion euros”, Laurent Dassault points out. According to some estimates, the newspaper is in fact valued between 500 million euros and 1 billion. A few days ago ‘Mediapart’ had spoken of a negotiation between Vincent Bolloré and the Dassault family which had been quickly denied by a spokesman for the Dassault group. Bernard Arnault’s group, which already owns two newspapers (‘Le Parisien’ and the economic one ‘Les Echos’), however, denied having submitted an offer for ‘Le Figaro’. According to data from the Apcm, the copies sold by ‘Le Figaro’ amounted to 339 thousand in 2020-21. The newspaper currently has 240,000 subscribers to the digital edition. The Le Figaro.fr site records 25 million visitors a month.

Smart working, agreement between the Government and the social partners in the name of dialogue

Drones, vaccines will soon be in flight

At Artigiano in Fiera, a journey through the best artisan panettone