Expo Dubai, Hannappel (Philip Morris): “An important project in Italy thanks to a winning ecosystem” 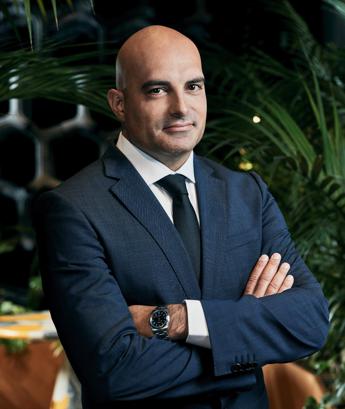 “In Italy we have built an important project thanks to a winning ecosystem: today we represent not only a company but an Italian supply chain that goes from the tobacco leaf to the consumer”. This was stated by Marco Hannappel, president and CEO of Philip Morris Italia, explaining the reasons behind the goals achieved by a company today brought as an example of a successful foreign investor to the workshop ‘Italy is Back on Track: Recovery, Resilience and Attractiveness’, organized at the Italian Pavilion on the occasion of the Italian national day at the Dubai Expo. In an interview with Adnkronos, Hannappel recalls that Philip Morris International has been an important investor in Italy since the 1960s, highlighting how over time the strategic role of the company’s Italian subsidiaries has grown “exponentially” and in step with the continuous investments in the area. “We are the main buyers of leaf tobacco, in a country that is the first producer of raw tobacco in Europe – he explains – we have made in Italy the largest Greenfield investment in the last twenty years to create from scratch, in Bologna, the first and the most important production plant in the world for innovative combustion-free products and we continue to invest hundreds of millions of euros every year in agriculture, industry and services, fueling an integrated supply chain that employs over 30,000 people in our country “. All this, underlines the CEO of Philip Morris Italia, contributes to the company’s goal which is “to build a smoke-free future”, eliminating cigarettes in the shortest possible time thanks to innovative products resulting from innovation and scientific research. therefore that in the agricultural sector since the early 2000s the company has signed multi-year agreements with Coldiretti and with the Ministry of Agricultural Policies which have allowed a long-term vision and total investments of over 2 billion euros for the purchase of leaf tobacco and on the sustainability of production processes. “But today our network of partners extends far beyond tobacco growing, and involves over 7 thousand Italian companies which in many cases boast skills recognized all over the world – he specifies – This is the case, for example, of the packaging and mechatronics supply chain. , whose high-level skills have helped bring industrial investments of over one billion euros to Italy in just a few years by developing machines that did not exist to produce highly innovative products “. The CEO of Philip Morris Italia then talks about future projects, confirming that the company will continue on the path of investments. A few weeks ago, continues the CEO, “we inaugurated our Center for Industrial Excellence in Bologna, the largest in the world by Philip Morris for industrialization, process innovation, engineering and sustainability”. It is, he adds, the first part of a broader investment plan for Italy equal to about 600 million euros in three years, connected to the new non-combustion products, with an estimated direct, indirect and induced employment impact of about 8 thousand. jobs along the supply chain. “The Philip Morris Institute for Manufacturing Competences (Imc) will also be ready shortly, a structure designed to reduce the gap that persists between universities and companies, which will involve high-profile partners such as the University of Bologna, the Polytechnic of Bari, but also technical-scientific institutes – he concludes – Finally, after the investments in services made in Taranto at the end of 2020 for the creation of the Philip Morris Disc (Digital Information Service Center), we aim to increase our presence also in the South “.

Superbonus, Inarcassa Foundation: “Anti-fraud decree no to stop the sector”

Electricity and gas bills, is the blocked price convenient?

One thought on “Expo Dubai, Hannappel (Philip Morris): “An important project in Italy thanks to a winning ecosystem””