Agriculture, 16 thousand hectares for sale with a minimum value of 255 million 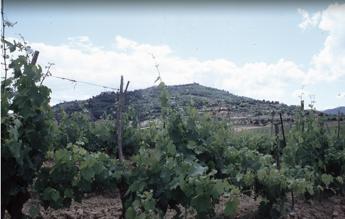 Over 16 thousand hectares for sale, which constitute 624 potential agricultural companies, for a total expected minimum value of 255 million euros, to be fully reinvested in favor of young farmers. These are the numbers of the fourth lot of the National Bank of Agricultural Lands, currently fed by agricultural land deriving from the land operations of Ismea, which starts in days. The novelties were illustrated at the Ismea headquarters during an event attended by the Minister of Agricultural Policies Stefano Patuanelli, the president Ismea Enrico Corali, the general manager Maria Chiara Zaganelli and which saw the contribution of a veteran and champion of Italian cycling, Francesco Moser, who talked about his experience as a winemaker. From 9 June to 7 September it will be possible to send expressions of interest for the purchase of one or more land that is mainly located in the southern regions, with Sicily, Basilicata and Puglia alone covering more than half of the available surfaces. Central Italy follows, represented in particular by Tuscany, with a 17% share, while the remaining 9% is distributed between Emilia-Romagna, Veneto, Lombardy, Piedmont and Liguria. The initiative tends to favor the entry of young people into the primary sector through some facilitations. Young agricultural entrepreneurs under 41 are given the opportunity to pay the price of the land (up to 100% of the auction-based value) in installments, with half-yearly or annual installments, for a maximum period of 30 years. 74% land located in the South and islands The fourth lot includes about 16 thousand hectares, in detail 89 land of over 50 hectares for a total of 8,384 hectares, 299 land between 10-50 (6,529 hectares), and also 236 land with an area of ​​less than 10, in total 1,496 hectares. There are 624 potential farms, the average area is 26 hectares (average national farm area 8.4 ha). The location of the land is: 74% in the South and islands, 17% in the Center, 9% in the North. The regions mainly involved are Sicily (27%), Basilicata (18%), Puglia (10%), Sardinia (9%), Tuscany (8%). The sale procedure of this fourth edition of the national bank of agricultural lands, simplified thanks to the use of an electronic counter, guarantees transparency and simplicity, and is accessed through an application that is immediate and easy to consult (www.ismea.it/banca -delle-terre), after sending the expression of interest you can participate in the sale procedure by submitting your own economic offer. The sales procedure introduces some important innovations: an increase in the total number of sales attempts from three to four; the possibility, for the land at the fourth auction, to present free offers both up and down compared to the auction base value, with a minimum value below which the sale cannot take place fixed at 35% of the auction base value. Therefore, the successful bidder will be the competitor who has offered the higher price than the minimum value; on the other hand, the 25% drop in the basic auction price remains confirmed for the land on the second and third attempts. Furthermore, the extension of the terms for the presentation of the expression of interest, from 60 to 90 days. Of the 624 plots on sale since June 9, 335 are on their first sale attempt, 93 on the second attempt, 115 on the third and 81 on the fourth. Since its establishment in July 2016 to date, the National Bank of Agricultural Lands has put 530 land for sale for a total of 15,478 hectares. Of these 8,345 hectares have been awarded, allowing the recovery of 84 million euros.

BNL, “green light” from the Guarantee Commission to strike on January 24th

Codere, Board of Directors proposes Christopher Bell as non-executive chairman

Ita, Air France-KLM: “from the start-up of a new company committed to strengthening relations”

One thought on “Agriculture, 16 thousand hectares for sale with a minimum value of 255 million”