From California to infinity and beyond 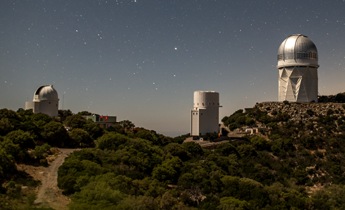 The starting point is the Lawrence Berkeley National Laboratory, where the HPE Cray EX supercomputer will help scientists analyze data coming from the Mayall telescope located in Tucson, Arizona. The supercomputer, which combines deep learning and simulation capabilities, was promptly renamed Perlmutter in honor of the eponymous researcher Saul Perlmutter. Perlmutter (the scientist) won the Nobel Prize in 2011 for the discovery on the acceleration of the universe through the study of supernovae originating from the explosions of white dwarfs, but is best known to the general public for being one of the names mentioned by the group of supernerd physicists from the Big Bang Theory series. The goal is to capture the light of over 30 million galaxies and quasars, surpassing any previous research that considered much lower numbers. And this is only possible thanks to the super computer, capable of processing the capture of dozens of exposures of the regions of space observed by the project in a very short time. Each exposure captured by the “cosmic camera” of the DESI (Dark Energy Spectroscopic Instrument), in fact, has about 5,000 galaxies, and with the computing power available so far it would take months to process these data. The power of Perlmutter will instead allow you to perform the same calculations in a few days or hours. Perlmutter may be the fastest artificial intelligence in the world, combining speed of computation with simulations and machine learning. Thanks to its unprecedented capabilities, it will be able to process the images of a dozen exposures taken by the DESI in a single night, to identify the celestial area to be targeted the next night. A very powerful and efficient system, far from portable: a supercomputer of that power occupies no less than 500 square meters. The mapping of the universe is not an end in itself. The Berkeley scientists aim to study dark matter, and more precisely “the interactions between dark energy that pushes things away and the dark matter that holds them together, as well as tests on how gravity works,” explained the project manager. dr. Stephen Bailey. Research on dark matter is the one that is raising the most questions recently, coming, with the latest discoveries, to raise doubts even on Einstein’s theory of relativity. Dark matter is an invisible substance, without its own electromagnetic activity, which permeates the Universe and exerts a gravitational attraction on celestial bodies. It is counterbalanced by dark energy, an equally present, invisible and undetectable force whose effects are seen in the acceleration of the expansion of the Universe. Exactly the subject of study of Saul Perlmutter and his colleagues who now, with the help of the artificial intelligence of the same name, hope to discover why the cosmos is not behaving according to the rules so far considered valid.

One thought on “From California to infinity and beyond”