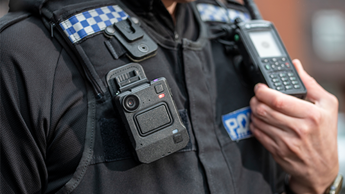 In 2021, the expected growth is an ambitious 20%, driven by government orders and the increasingly present demand from private individuals, even if the main business remains the two-way radios used in security, which represent 81% of the almost 7 billion and half a dollar in the Chicago-based company’s annual revenue. The plans are also to increase investments in research and development, with 746 million dollars allocated, of which half is destined for the field of video security, both as hardware and as software. A new, recent feature announced by the company is for example the connection between the agent’s transceiver and the camera that automatically activates recording if the policeman presses the emergency button, with the double result of alerting colleagues and filming the scene in the its entirety. If there are other agents nearby, the button also activates their camera, providing even more detailed footage. The body camera industry is expanding. These are rather simple devices to make, where barriers to entry are not prohibitive. To maintain market leadership it is essential to know how to provide integrated security products and communicate their use well. The recent contracts by the Nashville Police Department, and the Illinois State Police, together with that of the French Interior Ministry which has ordered 30 thousand to be used for the National Police and the Gendarmerie (worth 15 million euros), are giving the US company unprecedented momentum. Another tender that has just been announced is the one with the Malta Police, with a five-year contract that includes, in addition to the cameras, a software for the management and secure processing of the acquired images in the cloud and the Holster Aware Sensor. It is a bluetooth sensor connected to the holster that immediately activates the camera if the policeman draws the weapon. Not only that of the person concerned: thanks to the cloud connection of the cameras, those of the agents in the immediate vicinity are also activated, allowing a multiple-front shooting of the same event. critical areas, such as the border in Romania, or the riot control units in the United Kingdom. Even smaller communities are starting to consider the use of these security systems in recent years, which seem to respond to the need for greater control over law enforcement actions, while protecting agents and citizens alike. A step towards the increasingly required transparency, especially in the United States, especially after the events of last year that sparked the protests of the Black Lives Matter movement and highlighted on both sides (that of citizens and that of law enforcement) the need to have certain documentary evidence in case of police actions, without more disputes related to partial filming made by passers-by.