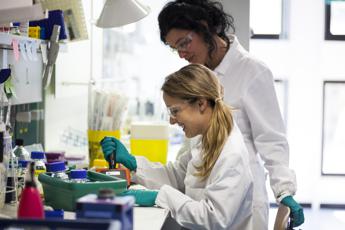 Graphene batteries with 94% efficiency. It is the new technology, the subject of a patent, which will allow the energy collected from renewable sources such as wind and photovoltaic to be stored more efficiently by a research team of the Italian Institute of Technology (Iit), in collaboration with Enel Green Power is the it Bedimensional start-up. The team recently published in the international journal Chemistry of Materials, a work describing a new type of graphene electrode capable of making current vanadium flux batteries more efficient, reaching 94% energy efficiency. “This technology – underlines the IIT – is particularly used to store energy from renewable sources such as wind or photovoltaic fields, energy collection systems that will see a significant spread in the coming years”. The researchers explain that the development of high power density and energy efficient vanadium flux batteries is considered crucial for the future of energy storage in stationary systems. Compared to traditional methods of storing energy from renewable sources, vanadium flux batteries are more sustainable and safer. The researchers point out that vanadium, in fact, can be recovered from residues of industrial steel production or from combustion by-products in thermoelectric power plants, as opposed to lithium whose extraction is increasingly less sustainable. In addition, the flow batteries have an operating system with less criticality in terms of overload or overheating and do not require complicated control systems to increase their safety as in the case of traditional lithium batteries. The IIT explains that in this study the research team has shown that adding graphene to commercial graphite electrodes (felts), through a simple process of new concept, allows to reach energy efficiencies of almost 94% for this type. of batteries, with a competitive additional cost compared to the current market, characterized by efficiency levels of 80%. “This is a striking example of how the use of two-dimensional materials, such as graphene, can significantly improve the performance of commercial electrodes” says Francesco Bonaccorso, Scientific Director of BeDimensional, visiting scientist at IIT and coordinator of the research team. “This approach, combined with the industrial production of graphene, will have a positive impact on the commercialization of flow batteries” assures Bonaccorso. Finally, the Genoa Institute adds that the collaboration between Enel Green Power and Iit, with the subsequent entry of BeDimensional, the Iit start-up that produces graphene and two-dimensional materials, has in fact also led to the filing of a patent that will help this new production process of electrodes for vanadium flow batteries to reach the market within the next 3 years in order to be ready for the enhancement of the renewable energy collection systems provided for by the National Recovery and Resilience Plan (Pnrr) as part of the mission 2 where the investment will be around 70 billion euros. “It is good news that confirms the strong impact of Italian research in the challenge of sustainability and ecological transition and marks a flattering success of the relationship and collaboration between the world of industry and the world of research “comments Giorgio Metta, Scientific Director of the Italian Institute of Technology in Genoa. Metta therefore observes that “transferring the fruit of our research to the market, also through the creation of patents, is one of our missions and the result of this work is a clear demonstration of how IIT research, also thanks to the creation of a company, is successful. to create virtuous synergies with the country’s major industrial players “.