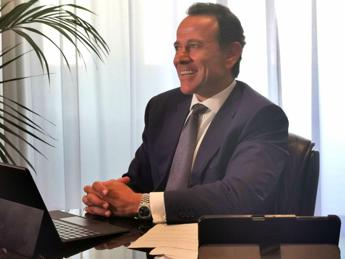 “It is clear that we must be very careful to assess the need for the protection of public health, which is always a priority, but to avoid that behind this protection there can be a slowdown in the reopening of a business, which in any case is carried out by concessionaires of the State, it is essential to counter illegal activity “. The director of the Customs and Monopoly Agency, Marcello Minenna, said this to Adnkronos, commenting on how the closure of the gambling halls, to contain the pandemic, has led to a shift of part of the activity towards illegal ones. “The closure of the legal game has unfortunately determined this shift – he said – also because part of this illegality is legally dressed, that is, it presents itself to the players as if they were authorized subjects”. Minenna are “dangerous because behind there are various types of crimes”, the Adm “has activated the functions of the Copregi, within which the agency is able to operate in synergy with the police, carabinieri and financial police, to operations functional to the contrast “. Through the activities of the ‘Committee for the prevention and repression of illegal gaming, gaming safety and the protection of minors’, “we intervened in over 50 provinces, on over 200 cinemas, raising fines for millions of euros, with activities which are also underway in recent weeks “, said Minenna again. “The reopening of the legal game scheduled for early July – he explained – was also assessed in relation to the European football championships which will begin on June 11. On this, the Agency has lit a beacon and also opened institutional relations with Coni and Federcalcio, as well as with its technological partners, Sogei, for a structural monitoring of the various phenomena and sports betting “. On the subject, however, he recalled, “there is the Office on sports betting, at the Ministry of the Interior, of which the Agency is a member together with the other police forces, which obviously is informed by the agency’s offices precisely for the purpose to be able to carry out prevention activities on any illegal activities and above all on bets that could interfere with the normal course of operations relating to the European Championship but also more generally with gaming activities “.” Legislative proposals have been put forward that make our ability to operate on online gaming is even more effective, even perhaps in some way that allows us to interact with these operators without clarifying that we are agency officials. We hope that in 2021 we will be able to have some more regulatory support “. The director general of the Customs and Monopolies Agency, Marcello Minenna, wished this to Adnkronos. “Online gaming – said Minenna – is the area where, unfortunately, it is easier to generate a ‘dressing of legality’. A site that offers illegal online gaming can appear and give the impression of being a subject regulated and supervised by the Adm “and this” is certainly problematic “even though the agency has” online gaming monitoring tools and also blackout powers “. For example “in the online game supervised by the Agency, precise personal data are required and advertising is not allowed. Therefore the user who wants to operate in an area regulated and supervised by the agency, having these two precautions in the interaction with the site , can understand if it is operating on a legitimate platform or not. “Among the requests for greater support, the general manager of the Adm recalled,” we asked for regulatory interventions including, for example, whisterblowing, that is the possibility of report to the agency, with the so-called ‘draftsmen’, any possible phenomena of illegality, as already provided for other regulatory and supervisory authorities, including administrative ones. We hope we can increase our effectiveness of intervention – which obviously always involves interactions with the judicial activity and the other police forces “.” The gaming sector is governed by perhaps too many rules, moreover included in many vehicles the regulations “. The director general of the Customs and Monopoly Agency, Marcello Minenna, reiterated this to Adnkronos, recalling how “the powers of the Adm are considerable from the point of view of supervision and registration of the game data” with “all legal platforms that have a connection with the servers and IT structures of the agency through Sogei “but that” this is not sufficient to guarantee that, in the short term, the terms of the various tenders “relating to the” new ones can be fully defined concessions in the various areas of competence “. “Over the years a series of disciplines have followed one another not only at a national level, but also competing at a territorial level. It is clear that this stratification – he added – requires some coordination that the agency will soon also ask the State Regions Conference” . “Recently – Minenna recalled – we held an open hearing on our web platforms, in which we asked operators what they think of a possible reform of public gaming. We also illustrated it with a video-process that is on the Dell website. ‘Agency, in which we have given possible guidelines, including the writing of a single text of the games where the delegation, in my opinion, should be given precisely to the technical body which is the Adm “. Among the proposals” there are also ideas concerning racecourses and arcades, or those concerning the player’s card. In short, many aspects that are predecessors with respect to the theme of races on which probably, even with the institutional bodies, it will be necessary to carry out some reflections “, concluded the CEO of Adm.

1 thought on “Games, Minenna: ‘Against illegality, slowdown reopening of legal activities must be avoided’”