Space, even Wisdom flies to Venus 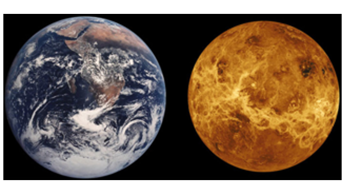 There is a lot of Italy in the Veritas mission to Venus announced by NASA. The second mission that will study the mysteries of the planet involves the Italian research group of Sapienza led by Luciano Iess, professor of the Department of Mechanical and Aerospace Engineering of Sapienza. Veritas will have to answer many questions about the evolution of this still mysterious planet which, from a past very similar to that of Earth, has become one of the most inhospitable places in the solar system. Veritas, which will be launched between 2026 and 2028, will host on board a very sophisticated instrumentation funded by the Italian Space Agency to which the research group led by Iess and made up of young Sapienza researchers contributed. “The strong Italian presence in the scientific team that led to the selection of Veritas represents a further example of the role of our university in space research and exploration of the solar system” underlines the aerospace engineer. Iess assures that “this mission will allow us to answer questions that have remained open for too long”. In fact, Venus has always aroused great interest and fascination in the scientific community. The only global data on its surface and internal structure were provided by NASA’s Magellan probe more than 25 years ago, in the years 1994-95. Always indicated as the cousin planet of the Earth due to its very similar dimensions, mass and distance from the Sun, Venus has however undertaken, for reasons still unknown, an evolutionary path extremely different from that of our planet, to the point that today it is one of the places most inhospitable of the solar system. Its dense atmosphere, composed largely of carbon dioxide and sulfuric acid clouds, has a ground pressure 90 times greater than that of the Earth and average temperatures of 460 ° C. However, recent studies indicate for Venus a very different past and much more similar to that of the Earth.

Moncler pays no ransom after hacker attack, data released on the dark web

Orlando in pressing on minimum wages and representation, dialogue but no stop

One thought on “Space, even Wisdom flies to Venus”