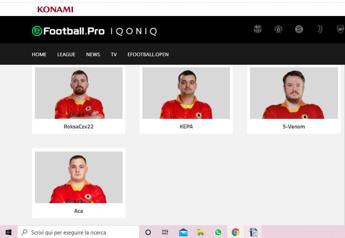 Genoa connects 123 years of football history with a red thread: the victory in the first Italian championship in 1898 and the first eSport championship on Pes on the Playstation. Competitive gaming is an exponentially growing phenomenon, helped by the pandemic that has led to an increase in both the public and players. According to the Newzoo report, the commercial growth of esports marked a more 14.5% more than the previous year, a figure destined to rise to 1.61 billion dollars in 2024. Revenues coming from sponsorships (for 59% ) and audiovisual rights, destined to grow in the coming years. The fourth report iidea (Italian Interactive Digital Entertainment Association) instead photographs a panorama well outside the classic videogame niche. The identikit of the enthusiast is: male, between 21 and 40 years old, with an income and an above average education, who not only plays, but above all follows events almost daily, with an involvement equal to that of a traditional fan . You don’t need to be a gamer to love them, therefore, any more than it takes to be a tennis player to appreciate a good match. And in fact, the category of eSports also includes shooters and war or strategy games that have no place among real sports, but which still attract spectators and avid fans, in virtual events that boast a continuous round of sponsors and bets. growth. It is interesting to see how the debate on which video games can be defined as eSports is still very open, especially in light of an assimilation to traditional sports. In these days the first Olympic Virtual Series are taking place, an initial step towards recognition, with competitions in baseball, cycling, rowing, motorsport and sailing, and in this last category Italy has distinguished itself with its team of e-sailing on Virtual Regatta, in partnership with the Italian Sailing Federation. The next steps are the demonstration competition of the Paris 2024 Olympics and – if all goes well – the official debut in Los Angeles 2028 as a full-fledged Olympic competition, and this is where the controversy continues between who (CONI in first place) it would recognize the status of virtual sport only to video games that simulate traditional sports, and to those who instead want to put autonomous rules at the center. And that is to define the videogame as eSport if it respects the characteristics of measurable competition and physical and mental commitment on the part of the gamer, not strictly correlated to the type of game. And when it comes to choosing which games to erect as sport status, the debate remains open not only on the titles (let’s also think about football: FIFA or PES) but also on the platform (especially the competition between PlayStation and Xbox). It is not difficult to guess that a choice on the subject shifts incalculable economic interests, both on the part of gamers and spectators. to € 40 for esports fans, reaching € 64 for avid fans (i.e. those who follow esports events daily). With markets still to be explored, such as the propensity of almost 30% of respondents to pay for a streaming or paytv subscription for dedicated channels. Brands are also starting to take an interest in sponsorships, both as advertising in events and as insertion of their logos on the uniforms of virtual players. Just as the world of betting thrives. The most popular sites have already adapted and offer the possibility to bet on esports as well. Playstation has also sensed its potential, with a new patent published in May that would allow betting on live eSports events with both traditional and digital currencies. The patent mentions the possibility of carrying it also on consoles made by Microsoft, Nintendo or other manufacturers of virtual reality and augmented reality viewers, smart TVs, smartphones and laptops.

1 thought on “The esports phenomenon: from home TV to the 2028 Los Angeles Olympics”