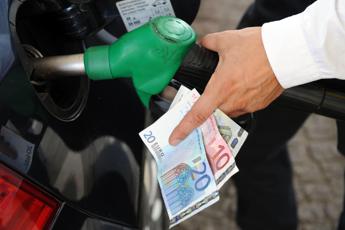 The price of gasoline, diesel and LPG still on the rise in Italy and on families comes the fuel sting. Consumer associations turn the spotlight on the rise in fuel prices, with estimates of additional costs for Italian families. “The relentless escalation of fuels worsens the sting for consumers day by day, and to date produces greater annual spending equal to +430 euros per family in the case of petrol cars, +419 euros for a car diesel, only for the higher costs of refueling “, writes in a note the president of Codacons Carlo Rienzi, highlighting” a real emergency against which the government remains immobile, while it would be urgent to intervene by cutting VAT and excise duties on fuels to save pockets of consumers, increasingly impoverished by the devastating effects of expensive gasoline “. Massimiliano Dona, president of the National Consumers Union, underlines the “stellar increases. Fuel prices are also taking off this week, with diesel breaking through 1.6 euros. This had not happened since 6 October 2014 when it was equal to 1.606 euros. . Petrol reaches 1,746 euros per liter, marking a new record since 18 August 2014, that is over 7 years ago, when it soared at 1749 euros per liter, while for LPG, now at 0.826 euros per liter, we must go back to 3 February 2014 to find a higher value, € 0.844 per liter “.” In a year – he continues – LPG is 39.5% more expensive. The increases in energy goods, electricity, gas and fuel, not only have direct effects on the pockets of households and on the costs of businesses, but they have an indirect effect on the final cost of all products, from milk to bread, with serious consequences for inflation and economic recovery. For this reason the Government must intervene before the launch of the maneuver, reducing car excise duties fuel, electricity and gas “.” Since the beginning of the year, from the survey of January 4, that is 9 and a half months ago, a 50-liter tank costs 15 euros and 22 cents more for petrol and 14 euros and 44 cents for diesel, with an increase of 21.1 and 21.9% respectively. On an annual basis, it is equal to an increase in the price per car of 365 euros per year for petrol and 347 euros for diesel. In one year, from the survey of 26 October 2020, when gasoline was equal to 1,388 euros per liter and diesel to 1,259 euros per liter, a 50-liter tank costs 17 euros and 91 cents more for petrol and 17 euros and 47 cents more for diesel, with a rise of 25.8% and 27.8% respectively. A leap that is equivalent, on an annual basis, to a sting equal to 430 euros per year for gasoline and 419 euros for diesel “, concludes Dona. Assoutenti triggers” an alarm that could have devastating effects on Christmas consumption and produce heavy consequences on the national economy “.” The trend in fuel prices – explains the president of the association Furio Truzzi – now represents an emergency, with petrol and diesel oil costing today more than 21% more than at the beginning of the year. Increases that have repercussions not only on supplies, but on the retail prices of a multitude of products, and on logistical costs for companies and industries. The concrete risk is that the wave of price increases and the higher costs caused by expensive gasoline will lead to a reduction in household spending during the upcoming Christmas holidays, with devastating effects for the national economy which is just now recovering after the crisis caused. from Covid “.” In the face of what is in effect an emergency, we ask the Government to intervene urgently, cutting the taxation that applies to fuels in order to contain the growth in price lists and limit the indirect effects of expensive gasoline on the prices of the products transported and on the costs for industry and businesses. Otherwise, there will be negative repercussions on next Christmas “, concludes Truzzi.

One thought on “Petrol, diesel and methane car prices today: increase and sting”