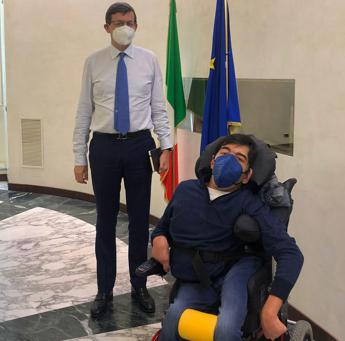 The Minister for Technological Innovation and Digital Transition, Vittorio Colao, received this morning a delegation from the Luca Coscioni Association, led by Co-president Marco Gentili, for a discussion on the possibility of anticipating the use of the digital signature to collect signatures on proposals of popular legislative and referendum initiatives. The Department reports that on this point the Minister has confirmed that by 1 January 2022, as required by law, a secure platform will be developed, tested and released, integrated with the National Registry of the resident population. The Midt note explains that the Platform will allow to subscribe the referendum proposals, after secure remote access via Spid or Cie, with the simultaneous time validation of the subscriptions. The platform, developed by Sogei, will make it possible to digitize the entire ‘end-to-end’ process through the IT integration of the Registry and the electoral lists. With regard to the request for an advance on the use of the qualified electronic signature on 1 July 2021, the Minister undertook to assess the compatibility of the Association’s proposals with the regulatory context and opened the essential discussions with the offices of the others. Competent ministries, given their specific competence in the matter.